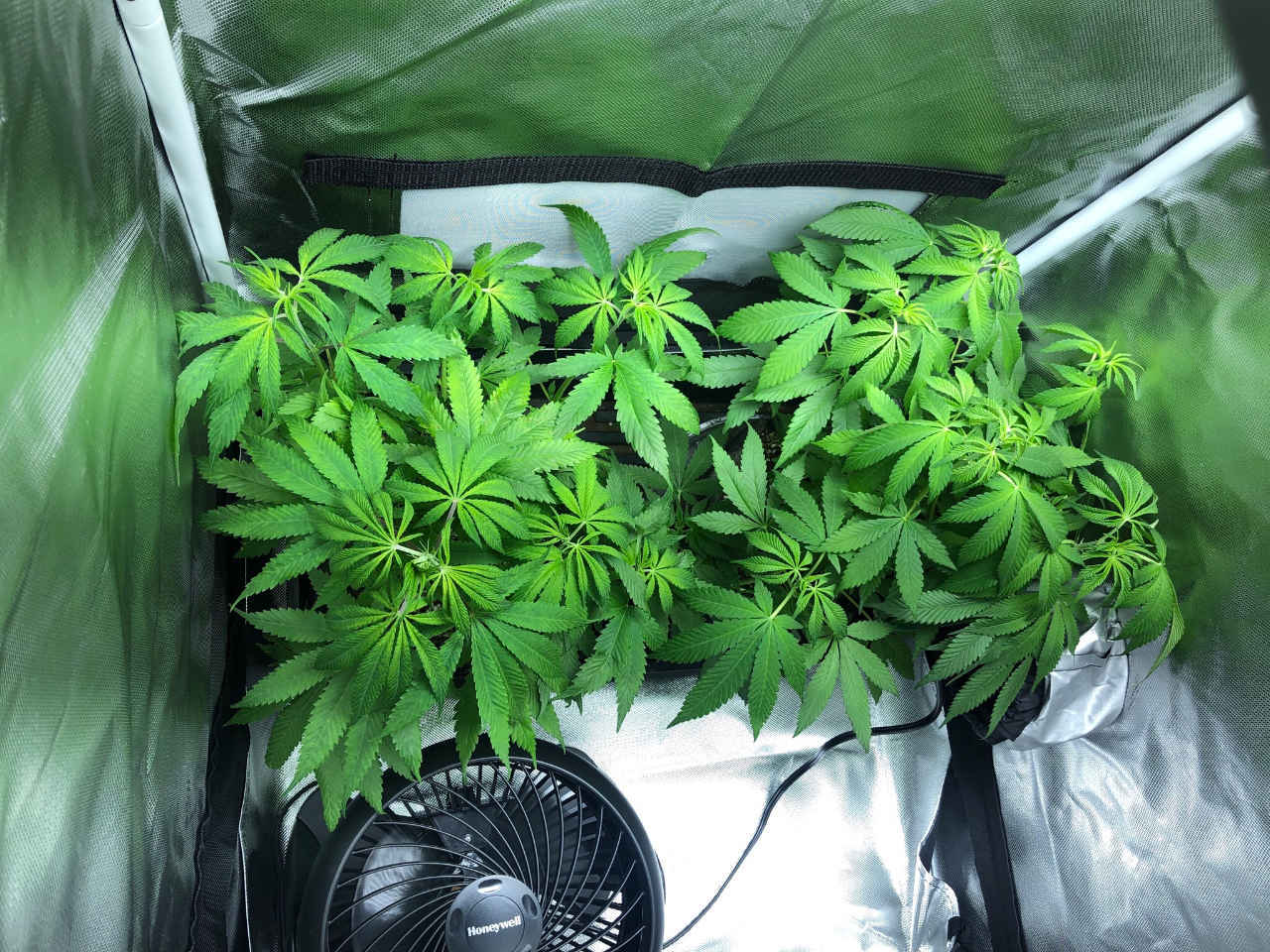 The (girls?) are now in a tent under a real light. They grew quite a bit under the T8-style LEDs since the last update. I suppose I should start treating them with a bit more care, though I still can’t seem to discern the sex of either so could still be scrapping one or both. If they happen to be female and become destined for the flower tent, it is still likely at least 1 more month before they can be moved over, so I am in no rush with them. I also have a bunch of purchased seeds waiting to be popped so this is all up in the air. They could also find themselves cloned and given away. 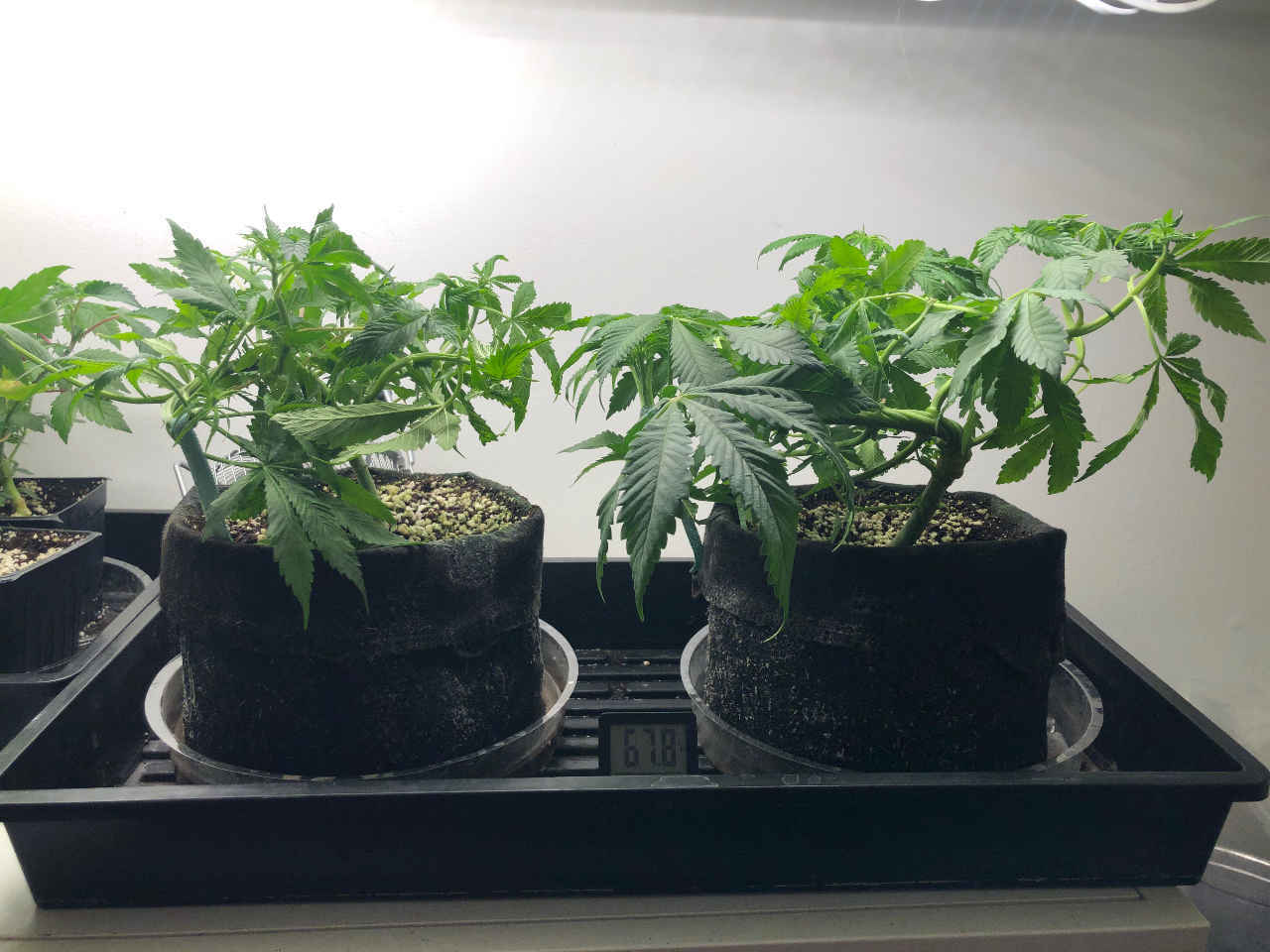 Almost 50 days in a dome under T5s. They are now free of the dome and under T8-size LEDs with some more vertical space. These haven’t been tended to as carefully as they’re experimental, but also because it was a pain to remove everything for regular watering. Now that they’re out in the open it will be much easier to do so. No signs of sex on either yet from what I can tell. 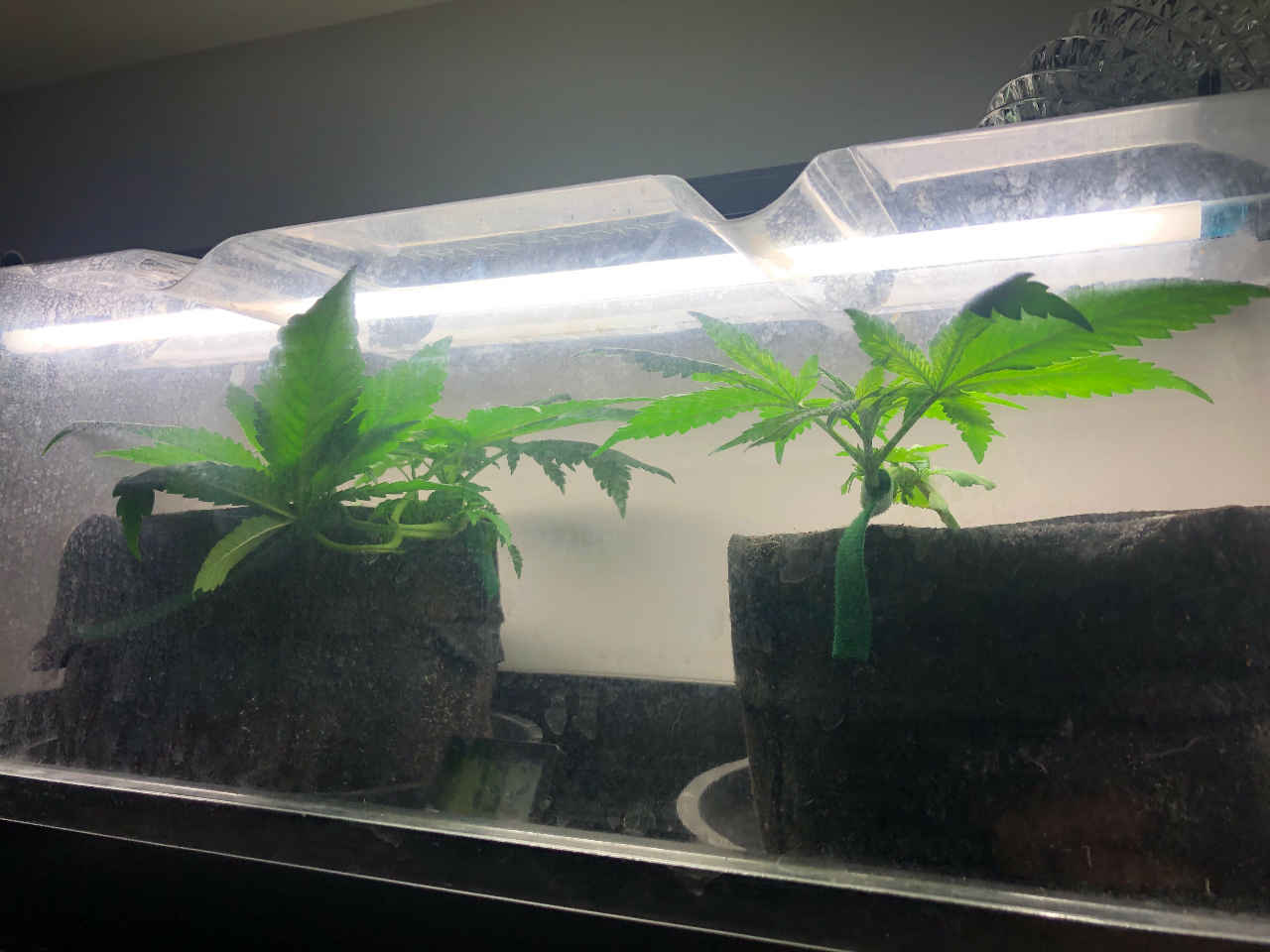 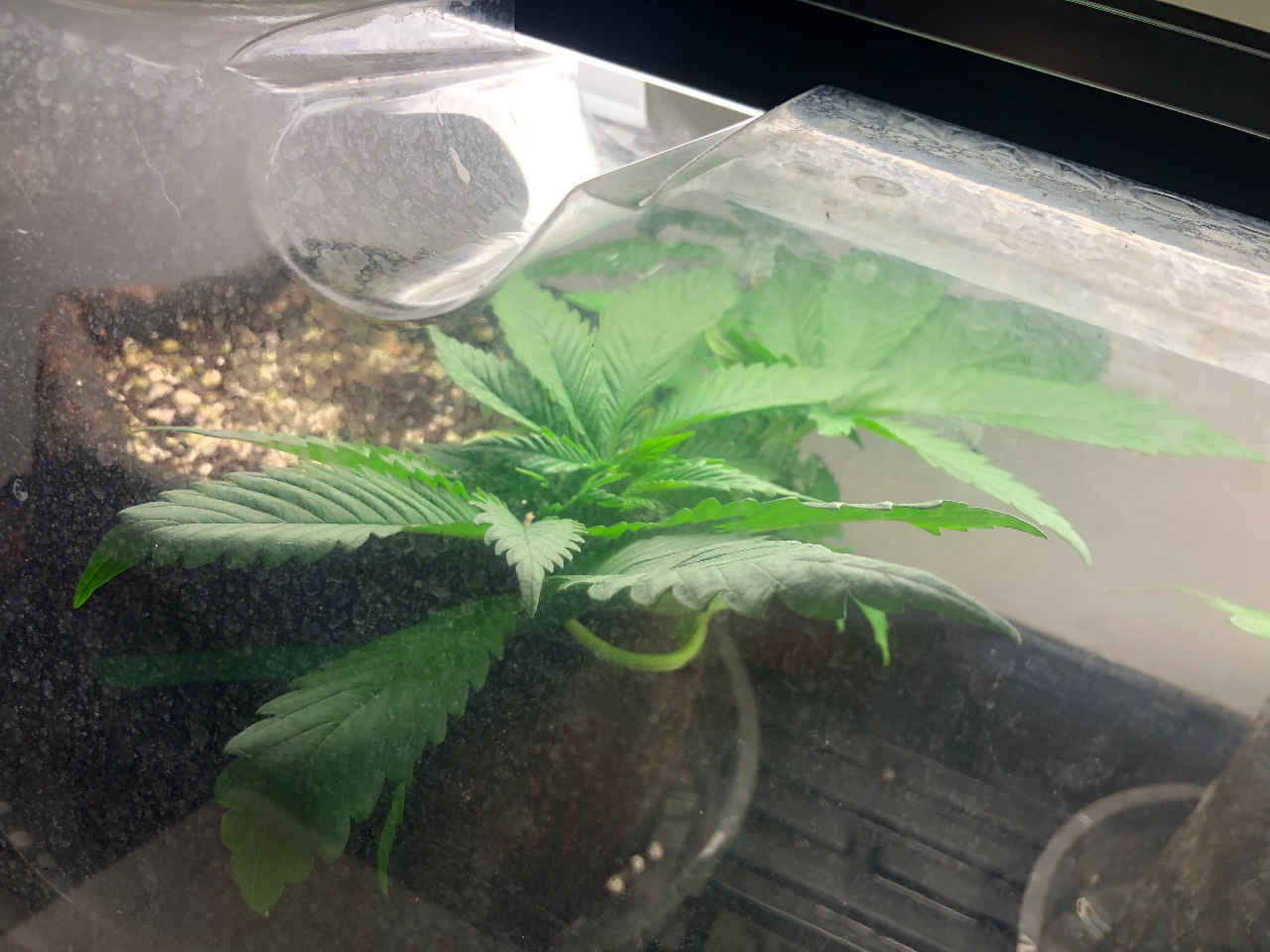 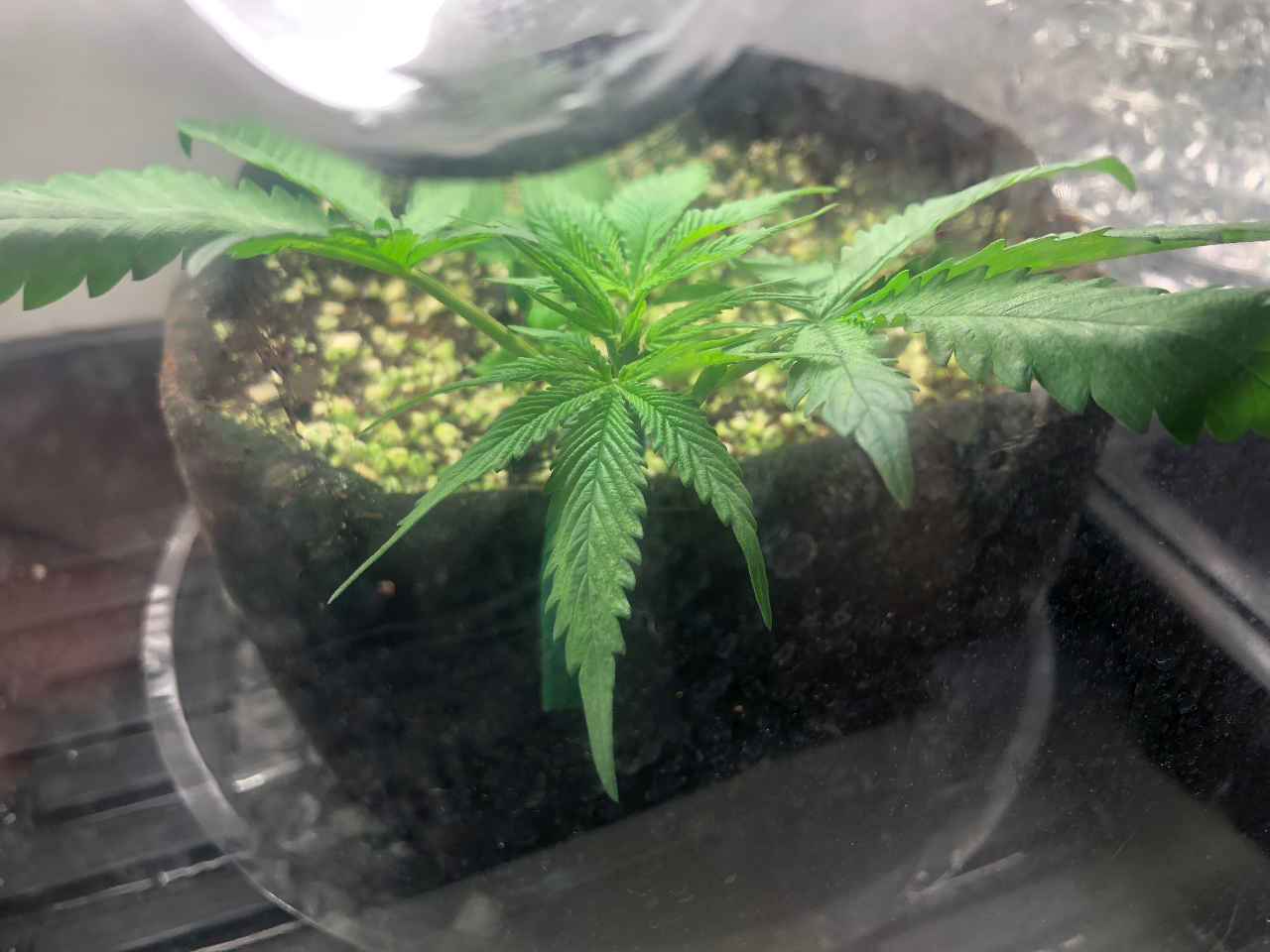 Plant #1 is worlds ahead of the other which has been rather stunted this whole grow. LST on both but #1 is taking to it nicely. I’ll give the other plant a chance for a while longer but it may find itself planted outside or given away soon. In that case I’d treat the big plant as a mother to harvest some clones for a future grow. 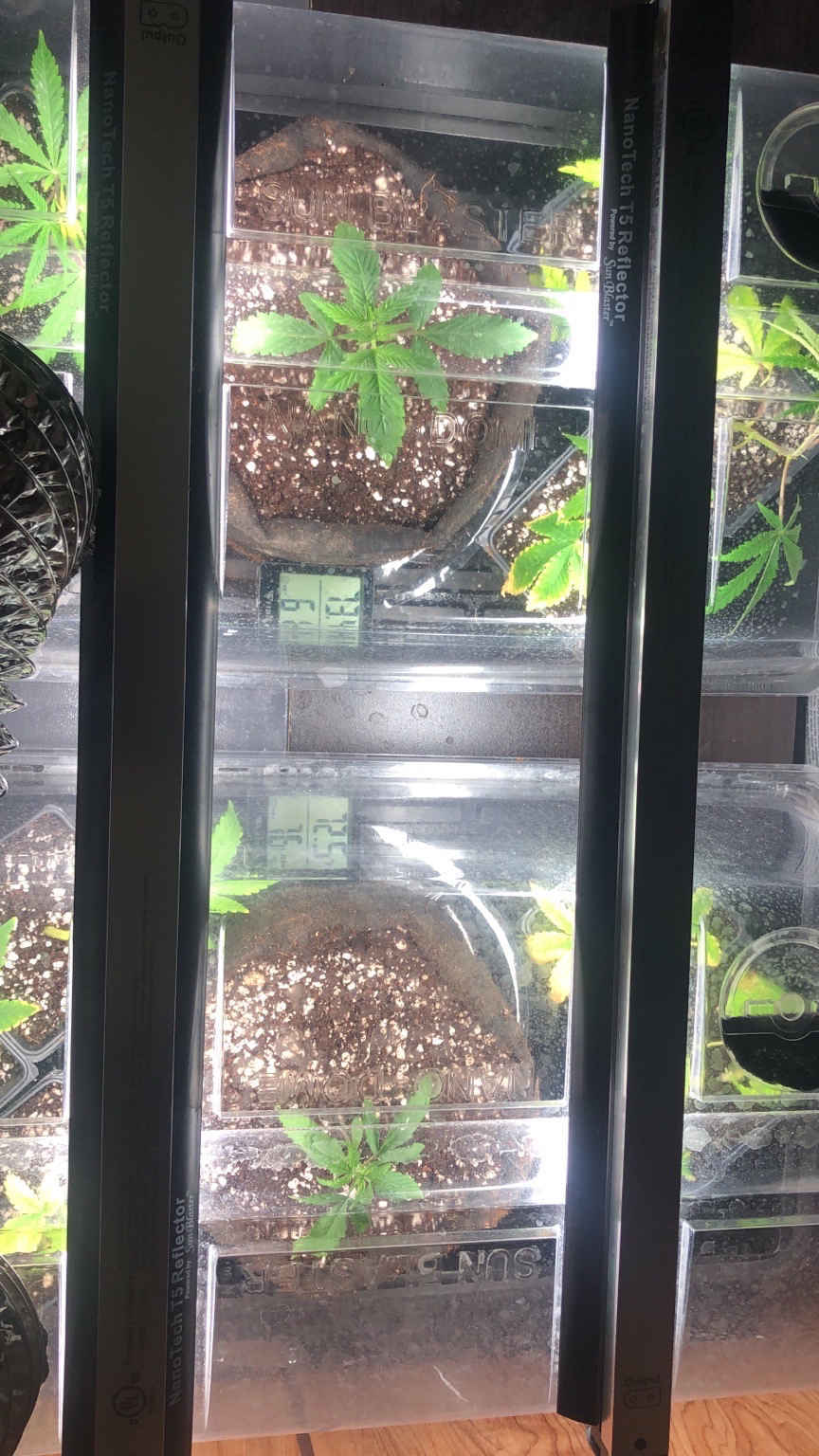 I let them sit in their own runoff for a few days and #2 took it pretty hard. They were also due for a transplant. Hopefully proper size pots and some more attention and these two will start looking better. 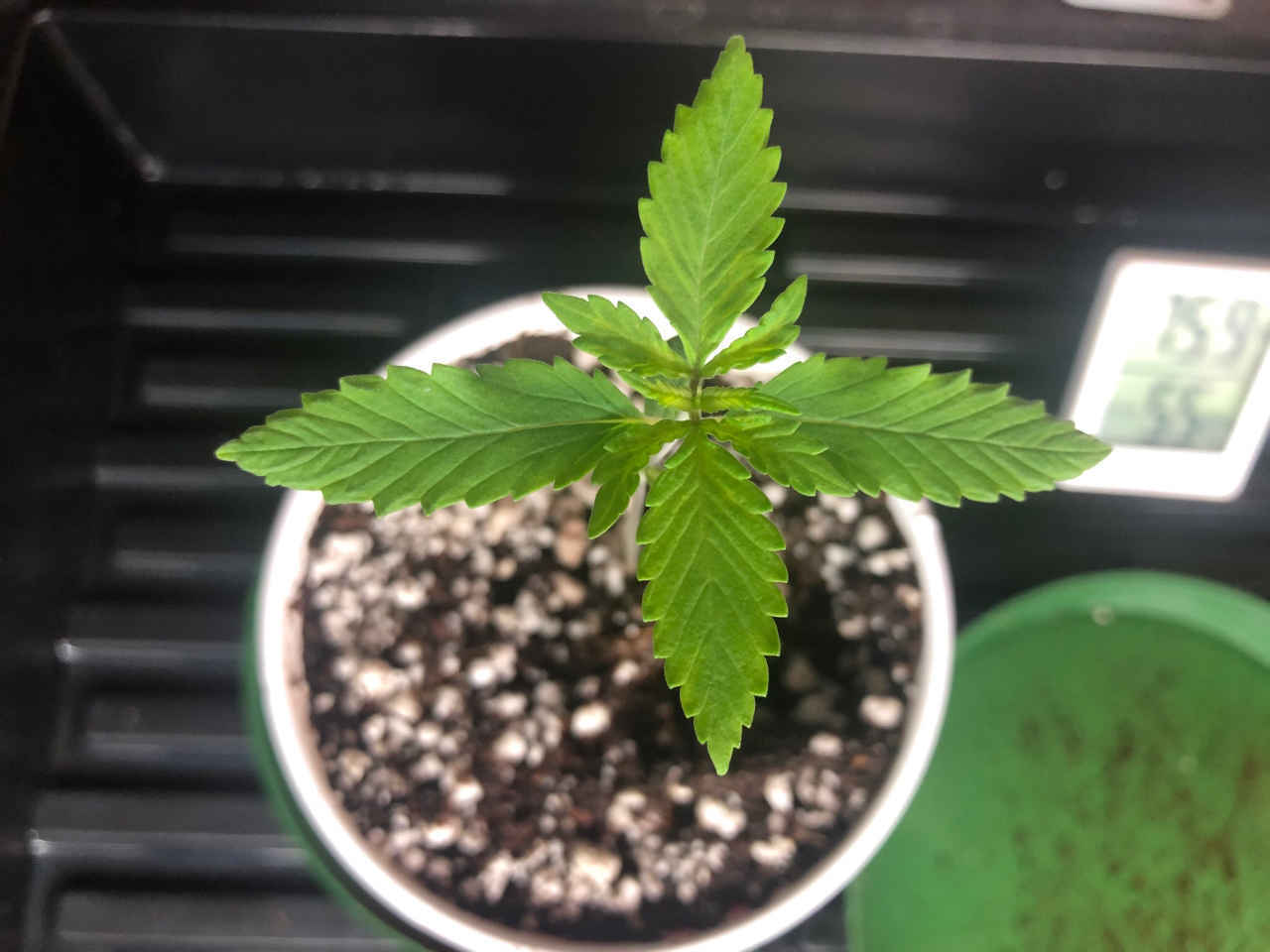 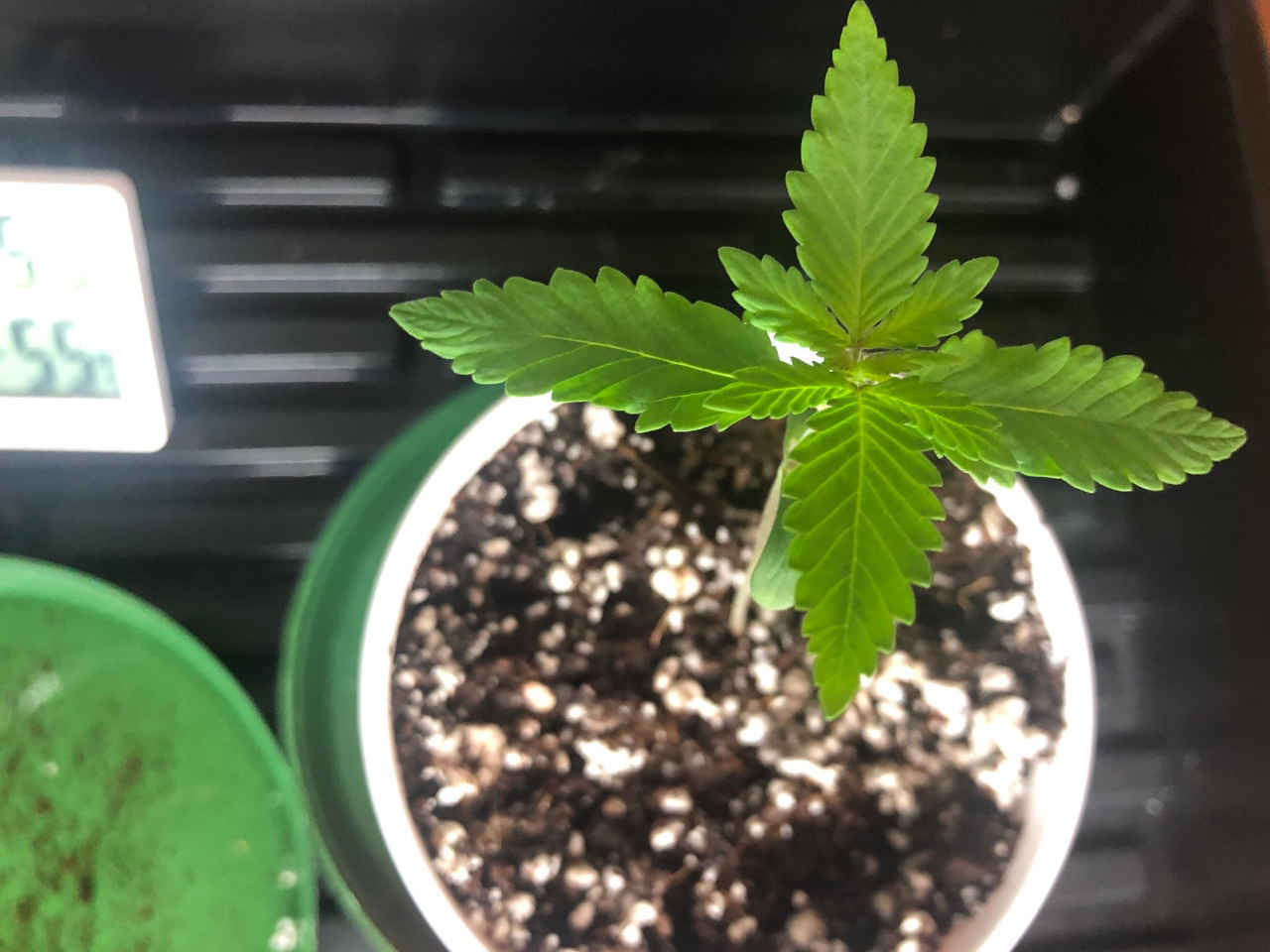 Slow compared to my other grows but they’ve spent their lives so far in a dome under a T5HO fluorescent light. 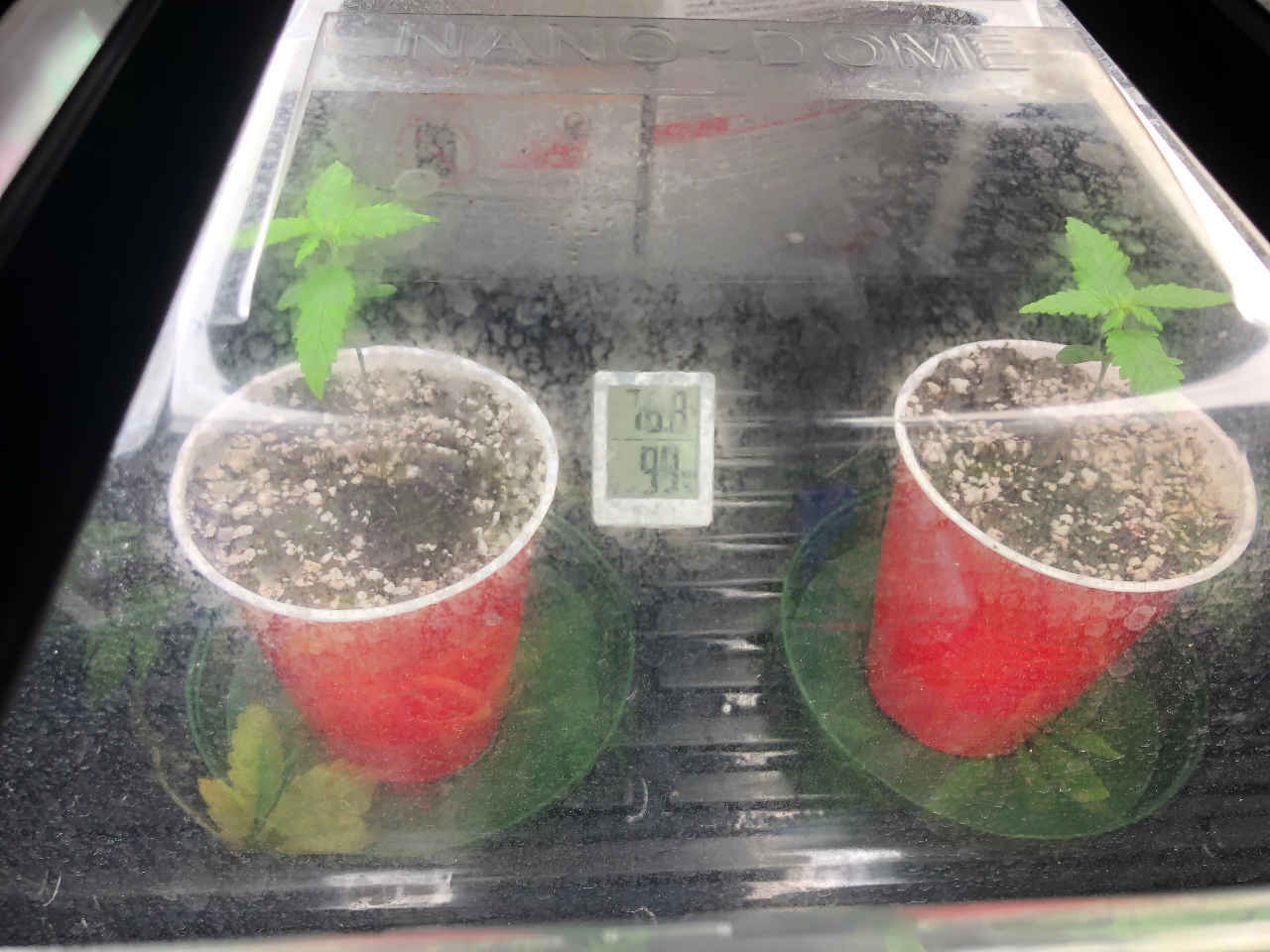 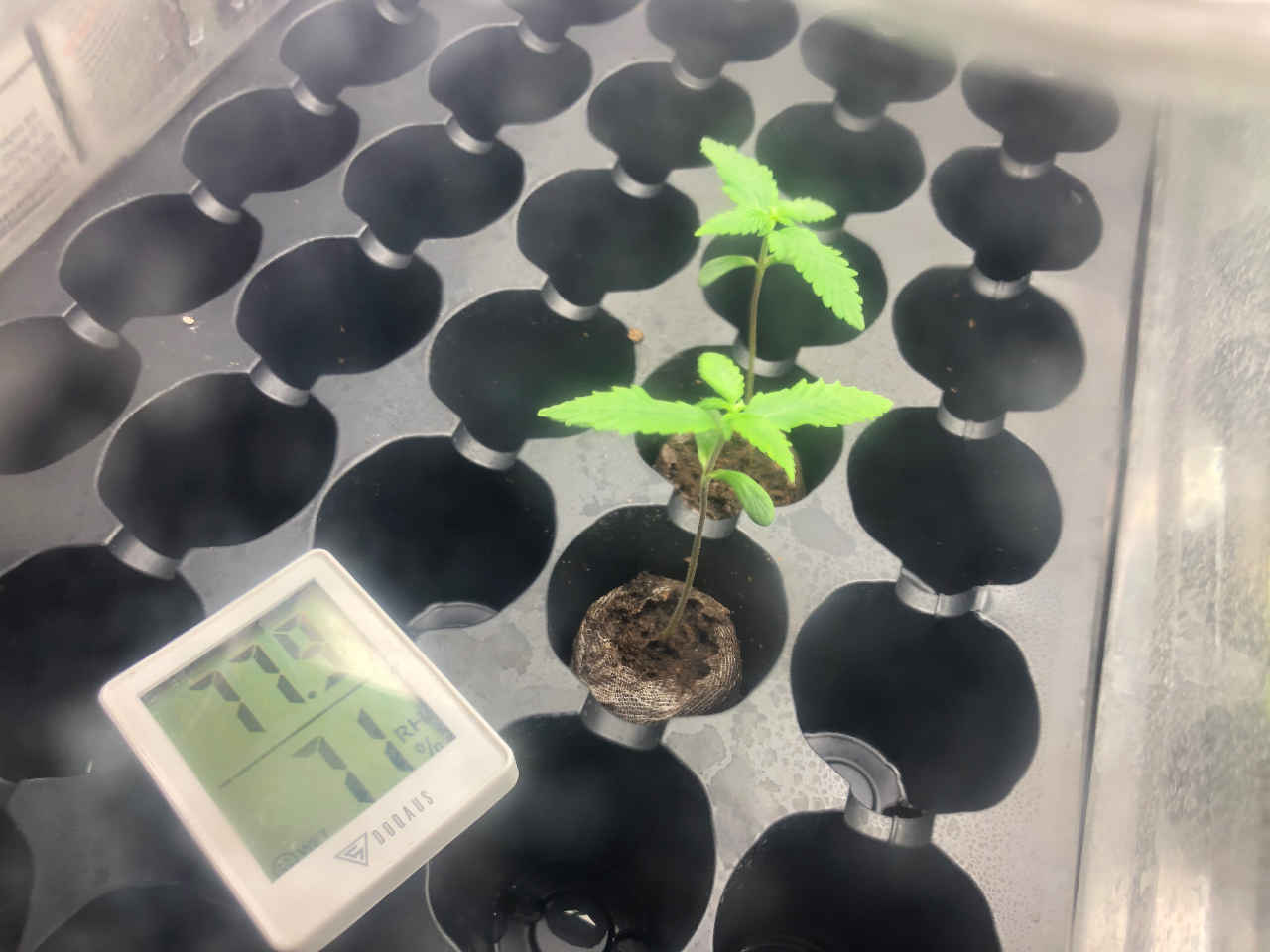 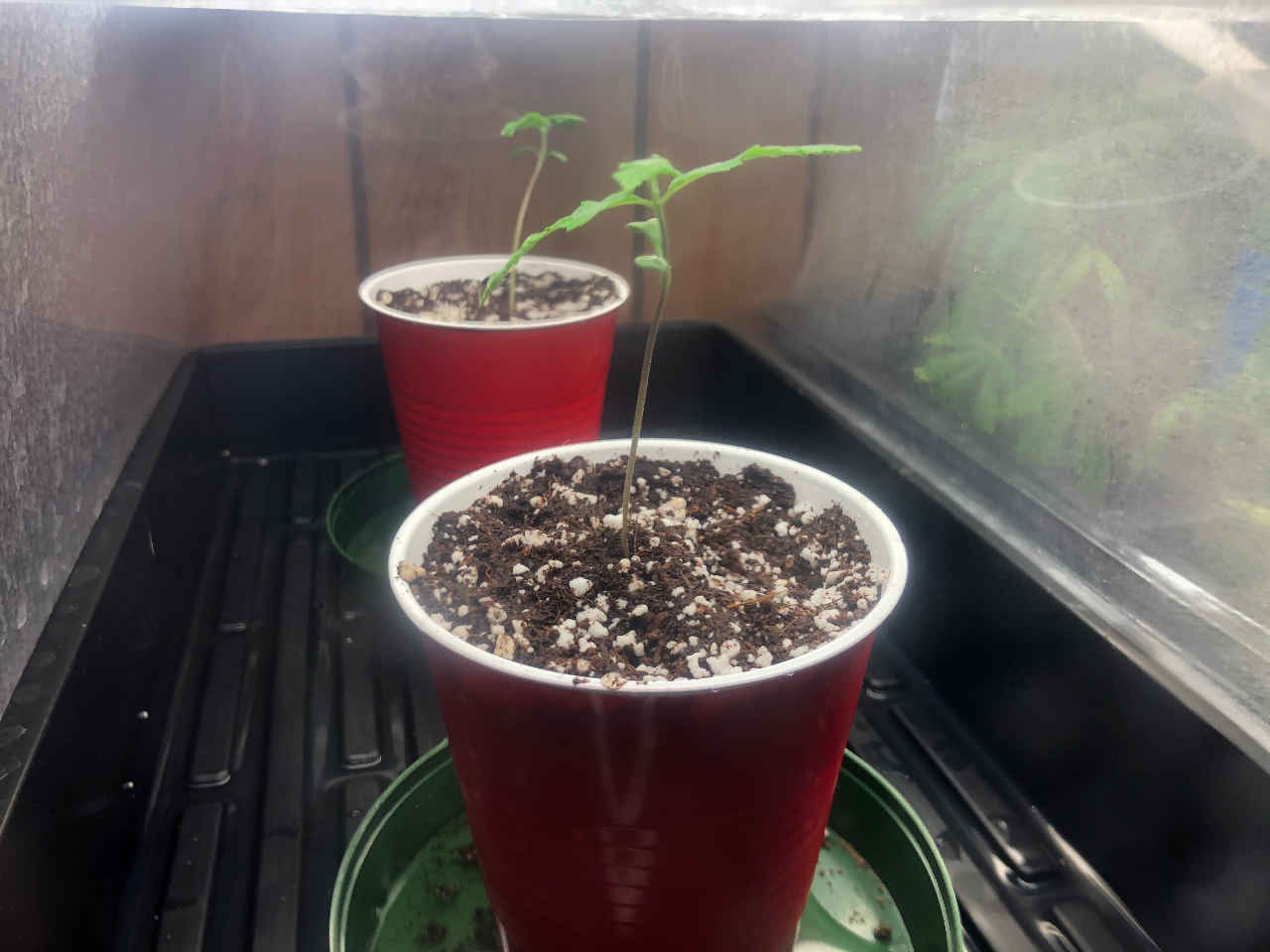 Transplanted into solo cups with coco + perlite today. Also mixed some seedling strength nutes and watered to runoff. Vents fully open, and have been for a few days. Minimal misting. 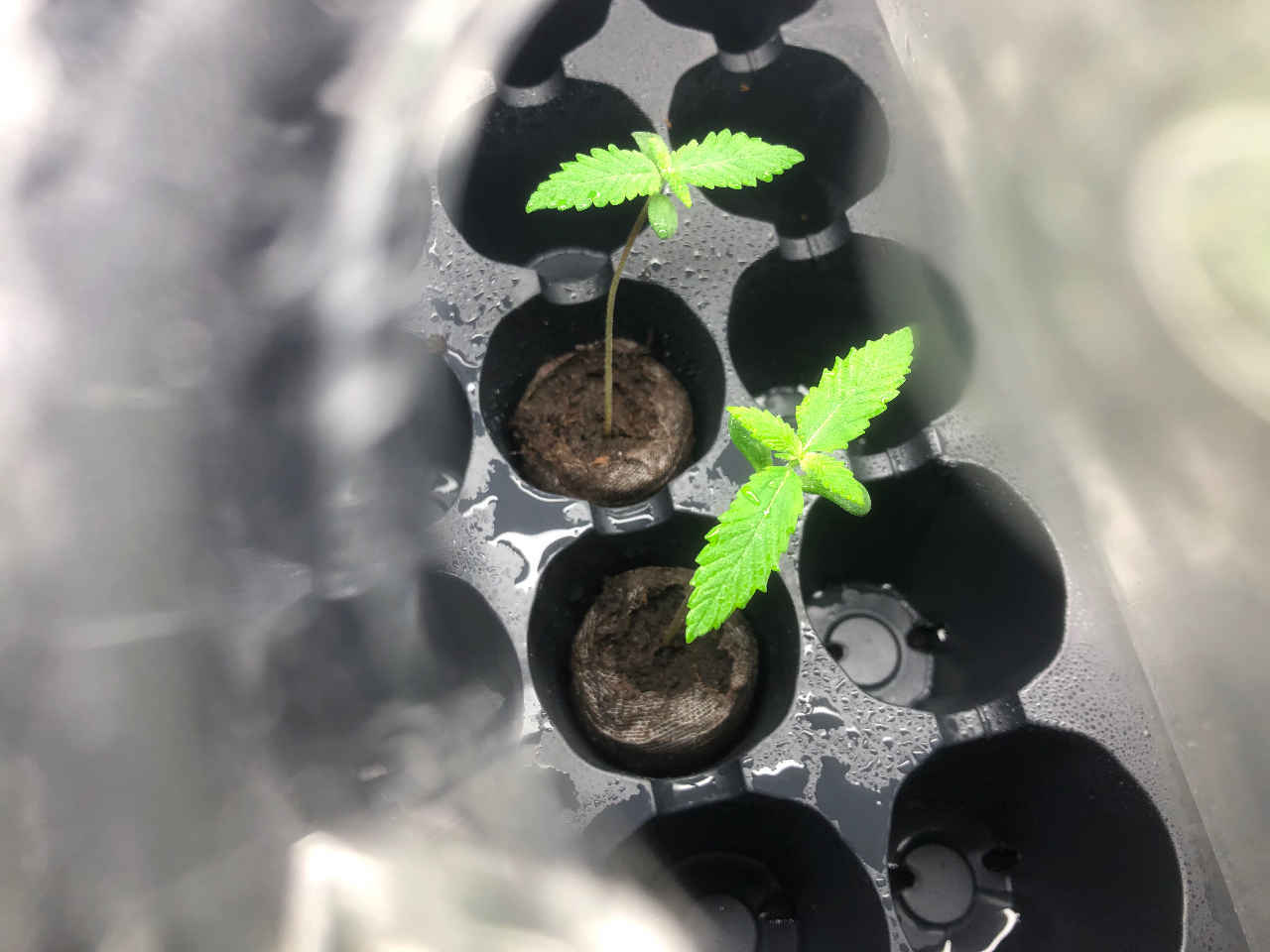 Visible roots. Haven’t decided what I’m doing with them yet. 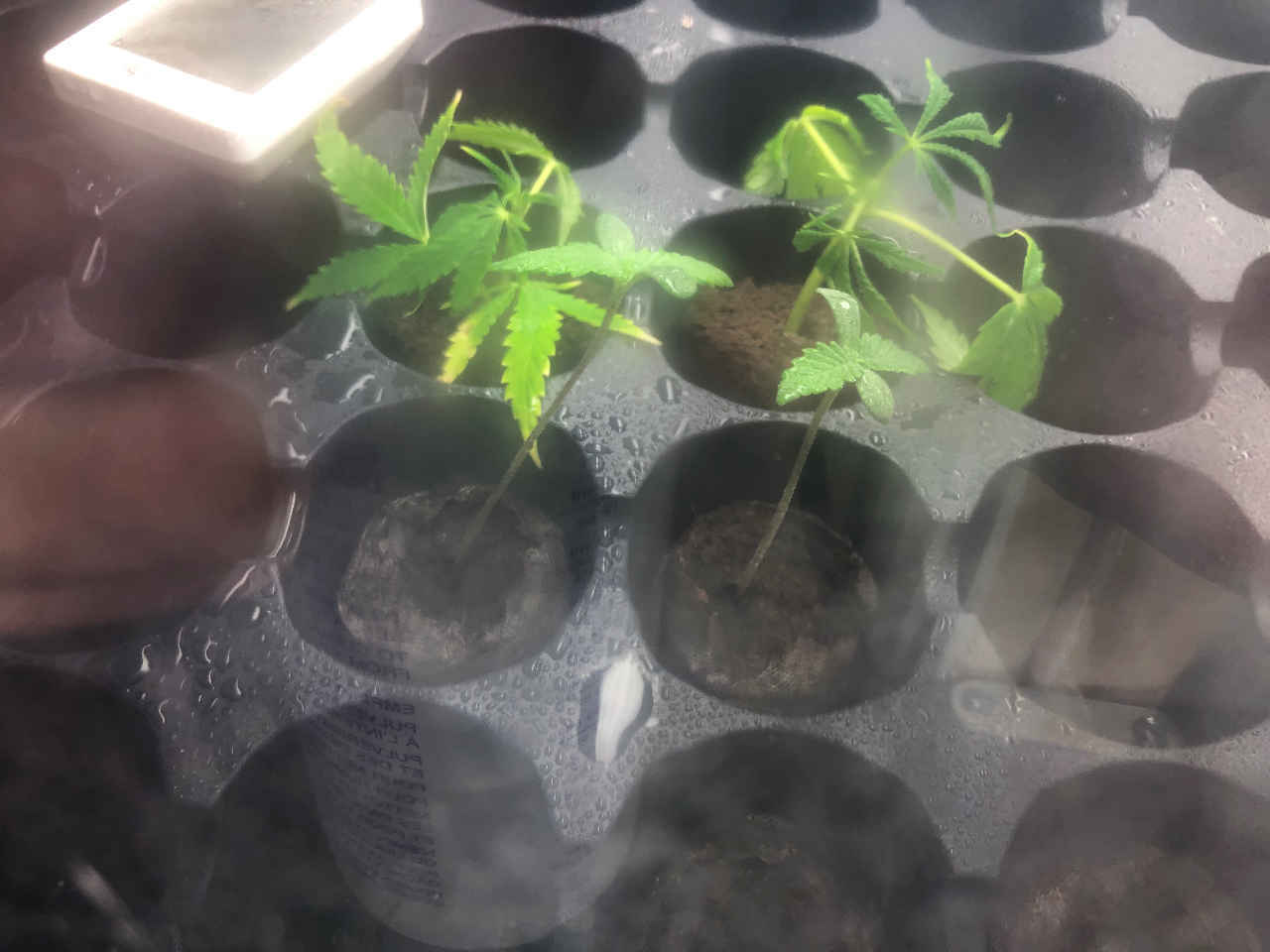 Slow is catching up. May have to start calling them #1 and #2 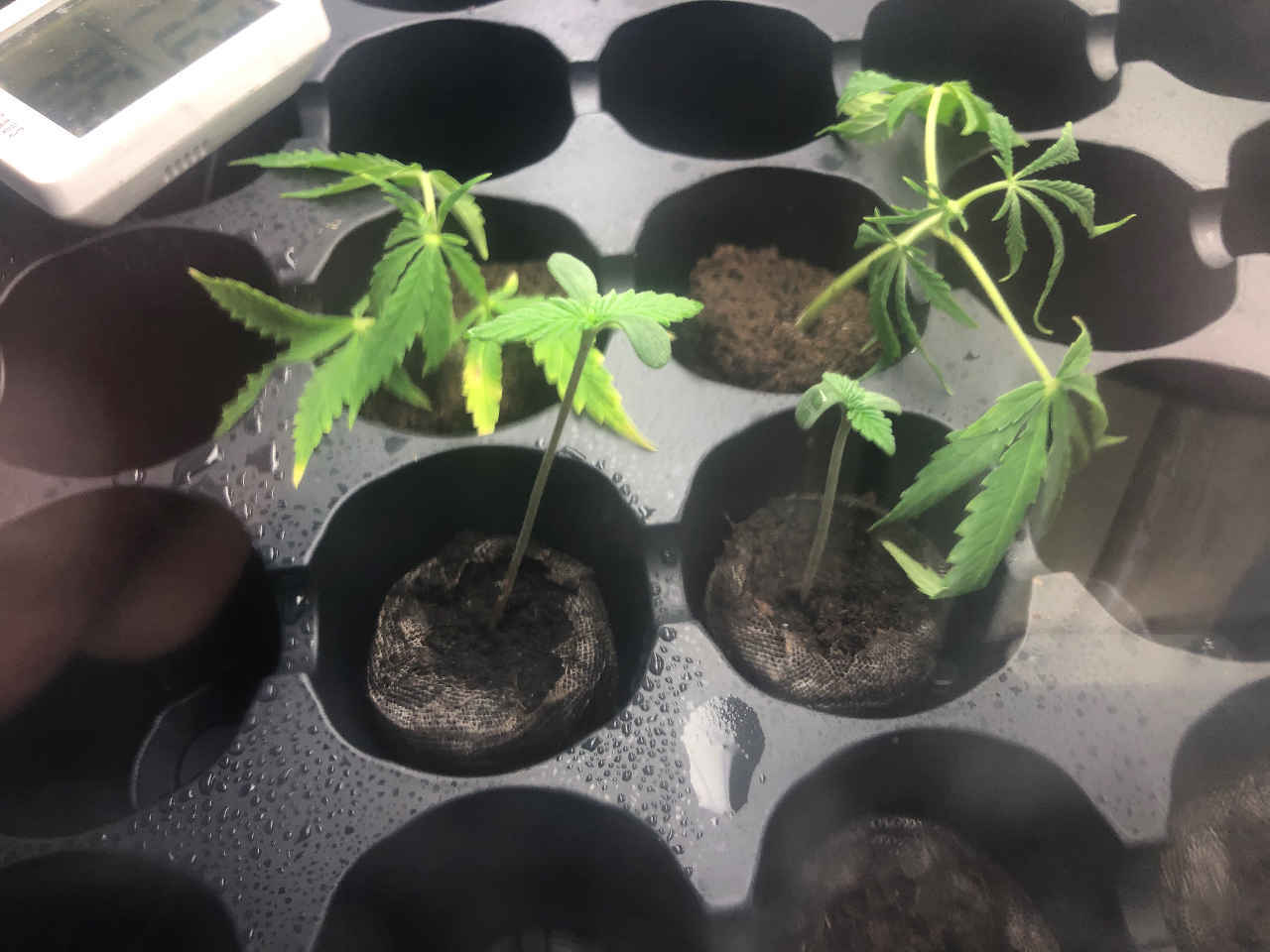 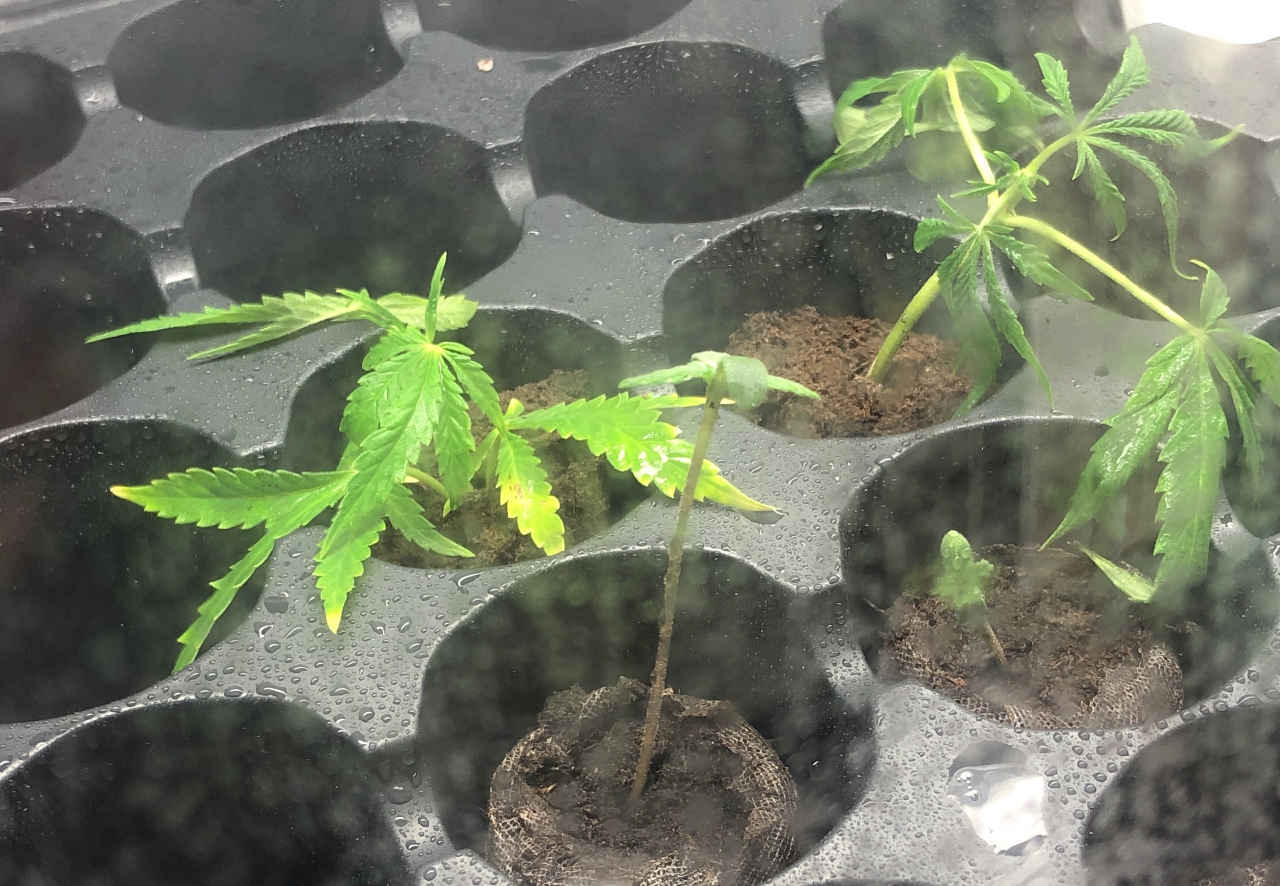 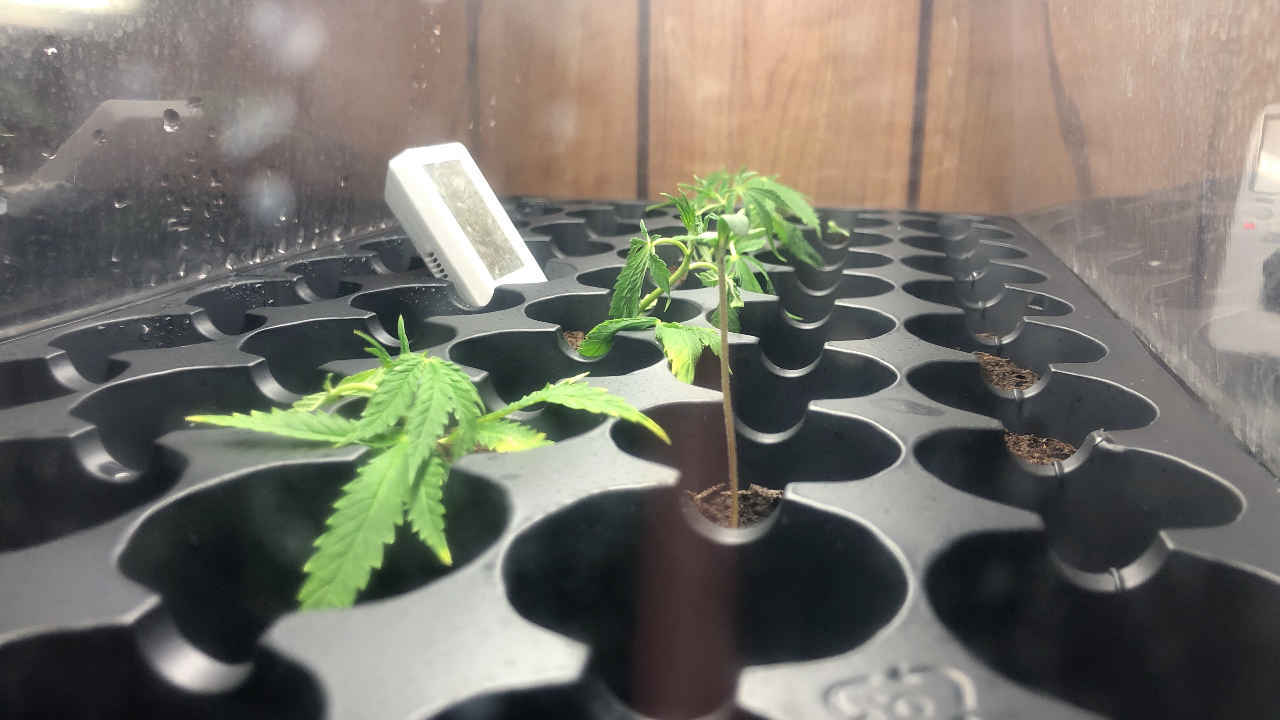 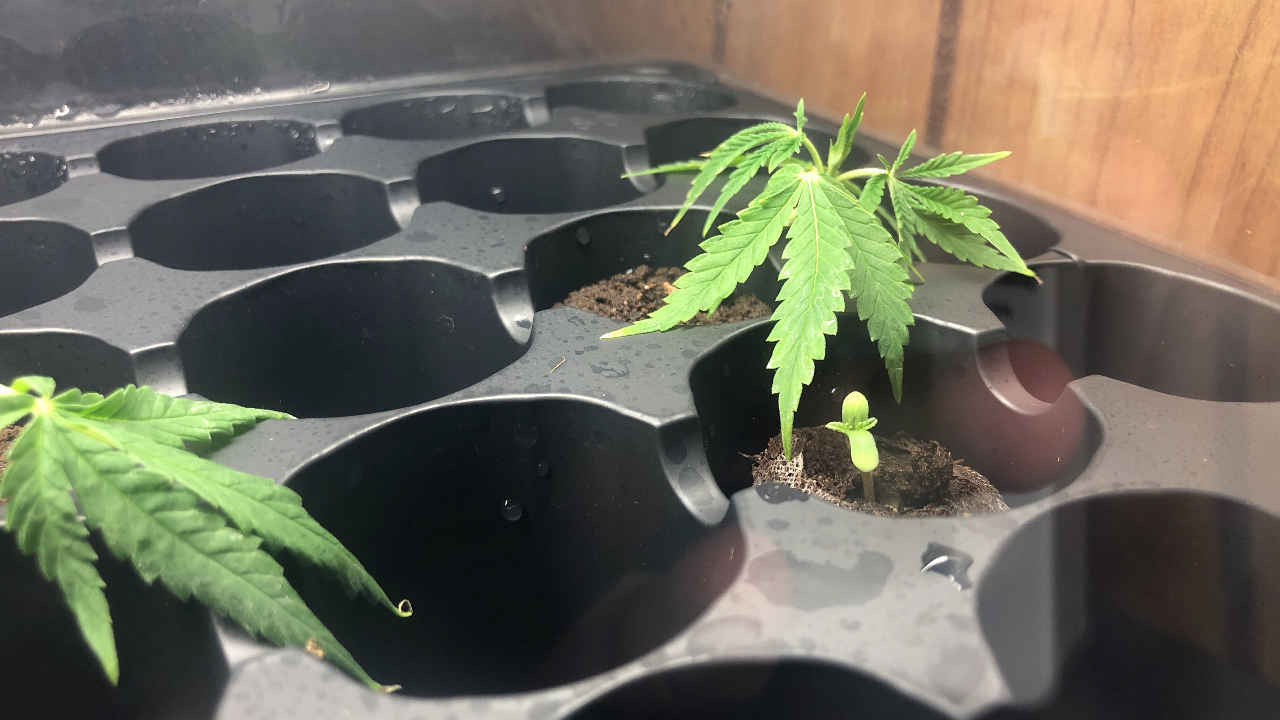 More up, other seed has popped out 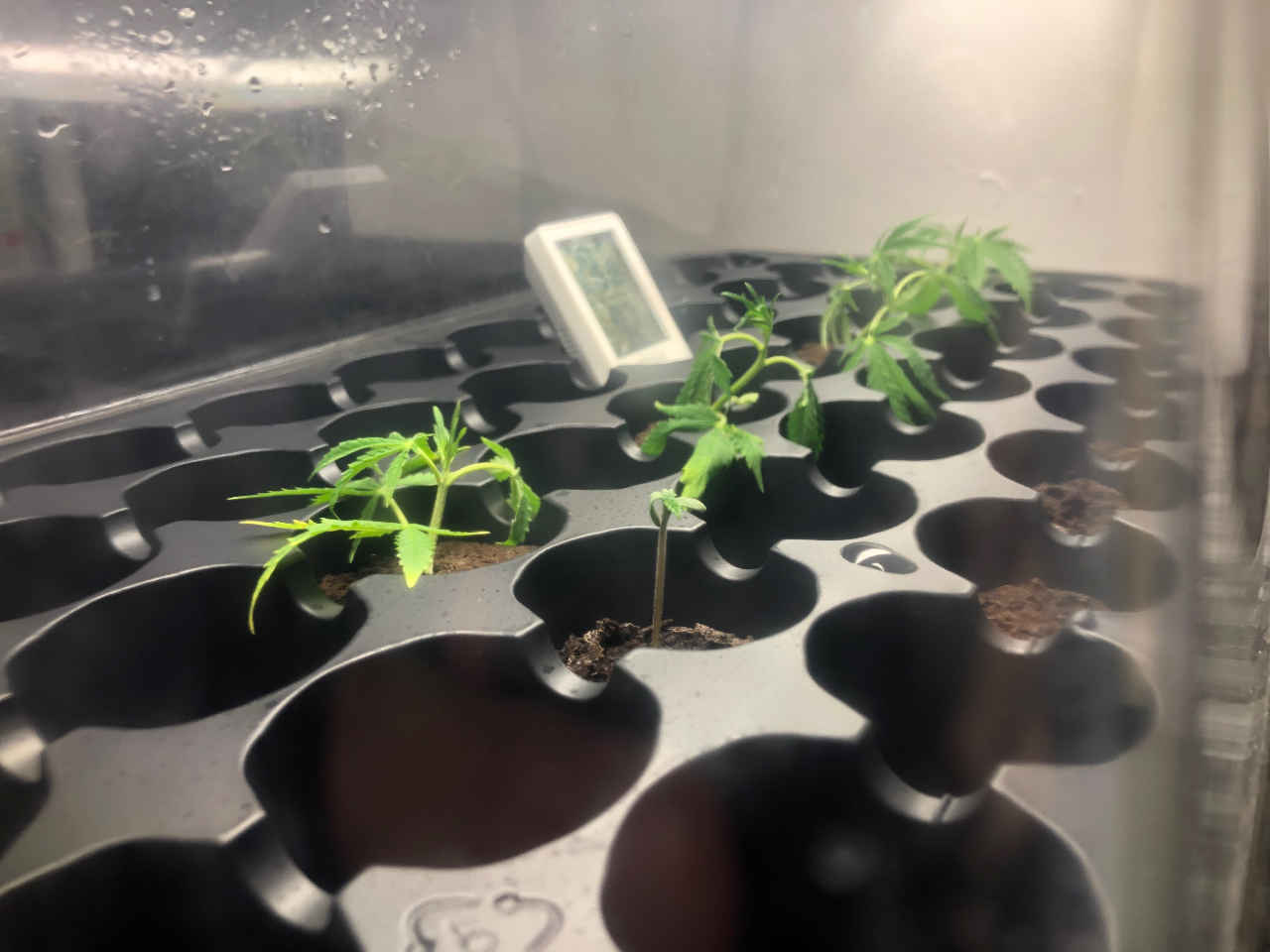 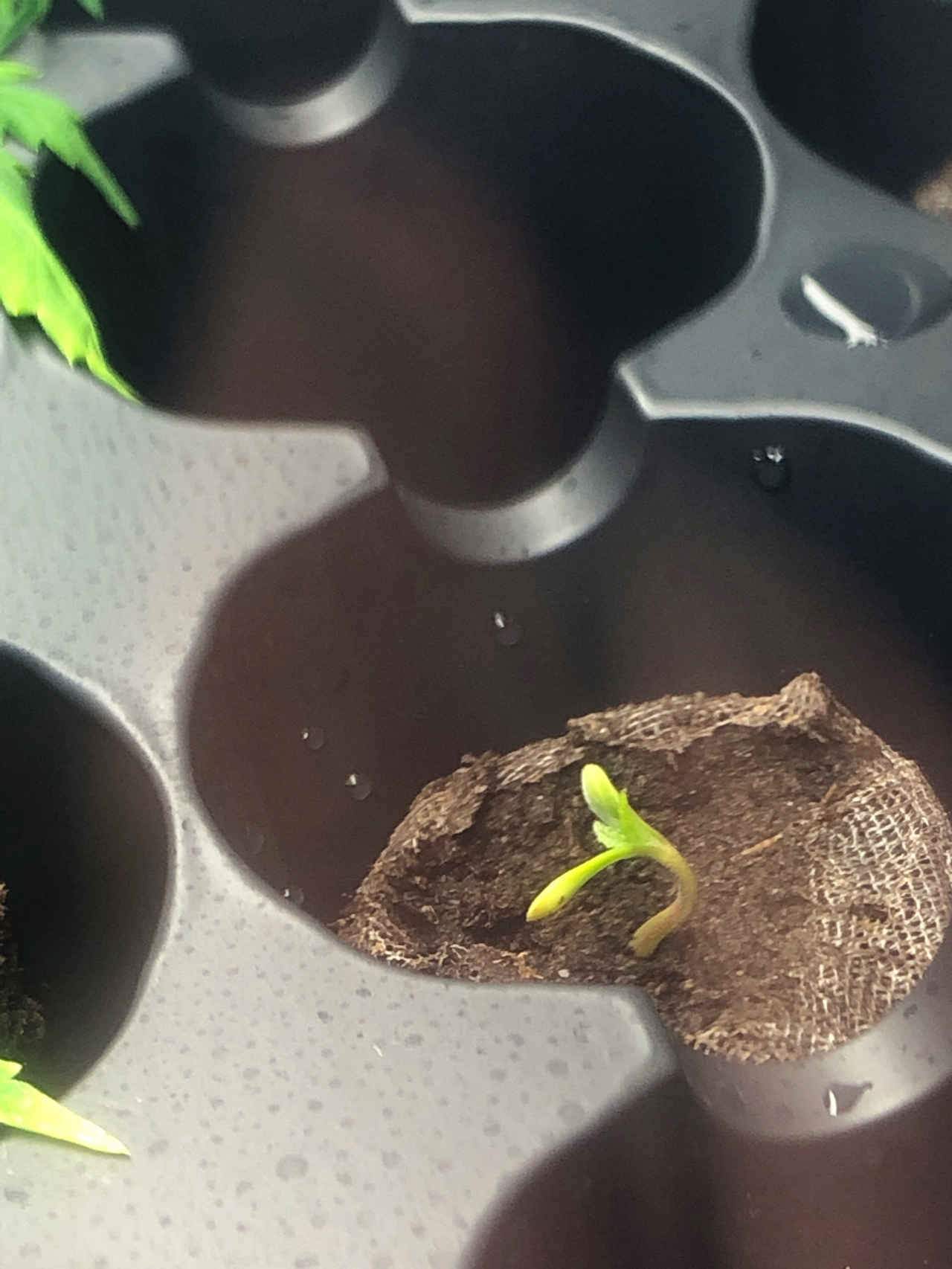 Poked out. The other seed may not have germinated.