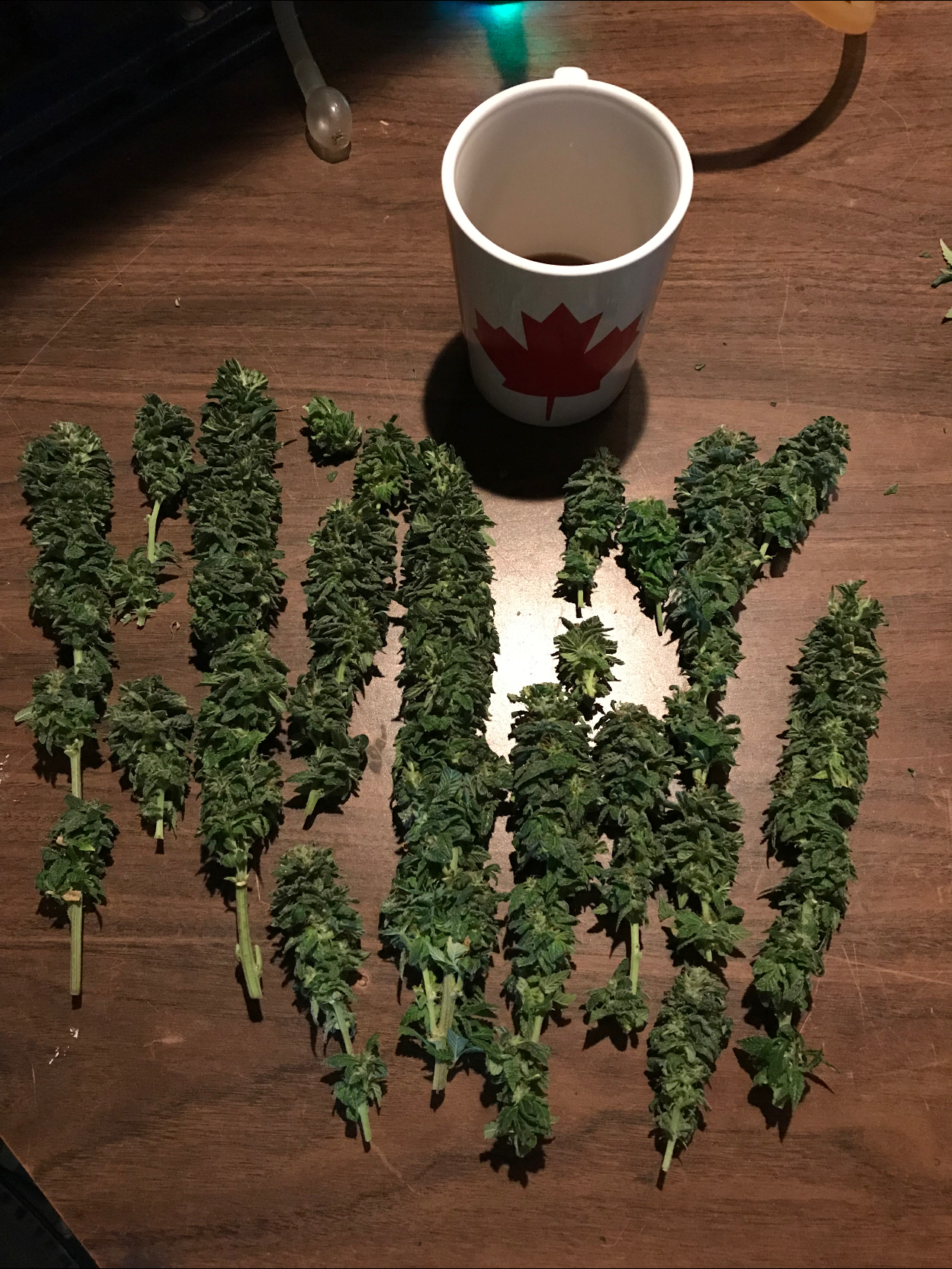 Chopped. Right amount of amber trich’s for me. Not a ton quantity wise. I was concerned about the “foxtailing” I’d noticed earlier, thinking that i may have a light leak and my grow was showing re veg, and not foxtailing. I decided to take this one down, and let the other two continue, to compare. Results to follow.

Splifswiftns So. After letting the entire grow finish, I’m quite sure I’d had a light leak near the very end of flower. Just enough to start re vegging. (And just long enough for me to figure out what the heck was going on, but not long enough to do anything about it ) Buds hardly smell at all, and more like hay than dank nugs. I dried for five days, and have been curing since, almost four weeks now. I haven’t been too excited to try, given how unimpressive the buds seem. The smoke is actually not so bad. I expected harsh draws at the least, but it’s quite a smooth inhale, and the undertones of earthy white widow can be smelled after grinding. The taste is earthy but not at all like the hay smell, thankfully. The effects creep up slowly, and then for me at least, fully attack and slowly close my reddened eyes. “Hey! This ain’t so bad!” I remember saying to myself. All in all, not a total loss. I won’t be bragging to anyone I know anytime soon, I’m not the master grower I’d like to think I am, but my wife still loves and humours me, so all must be good. I’ll let you know about the other two strains shortly. They aren’t quite ready yet. Peace.

Vashli88 I hope I can get at least same results! Nice job still ^^ and in addition you’ve got nice experience ^^

Thought I’d check the trich’s. Starting to get milky, with a couple here and there turning amber. Not too much longer. 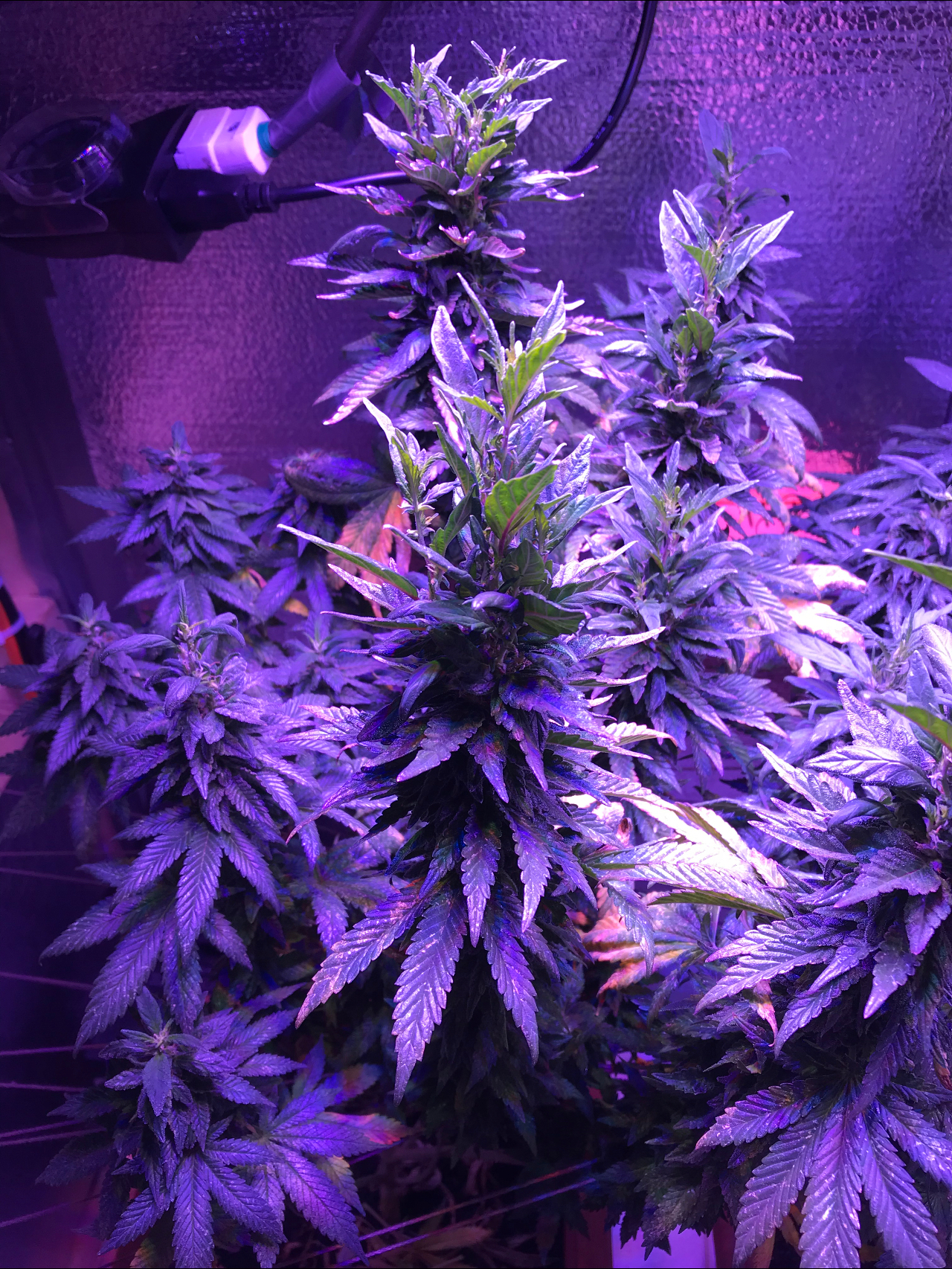 Alrighty-then. Here comes the learning part of the learning curve... I’ve messed up at least twice here. (Shocking, I know!)Leaves had been yellowing midway thru flower. Had thought maybe I over fertilized, which I had on the bubble bomb. Thinking I should be more diligent with the cal-mag nutes in the future. Also, my lights are too close as you can see by the fox tailing. My other two ladies show it even more clearly. Next go around, I’ll have to be sure to leave more room to expand. Now, for what it’s worth, I’m a little bit smarter. Whew. 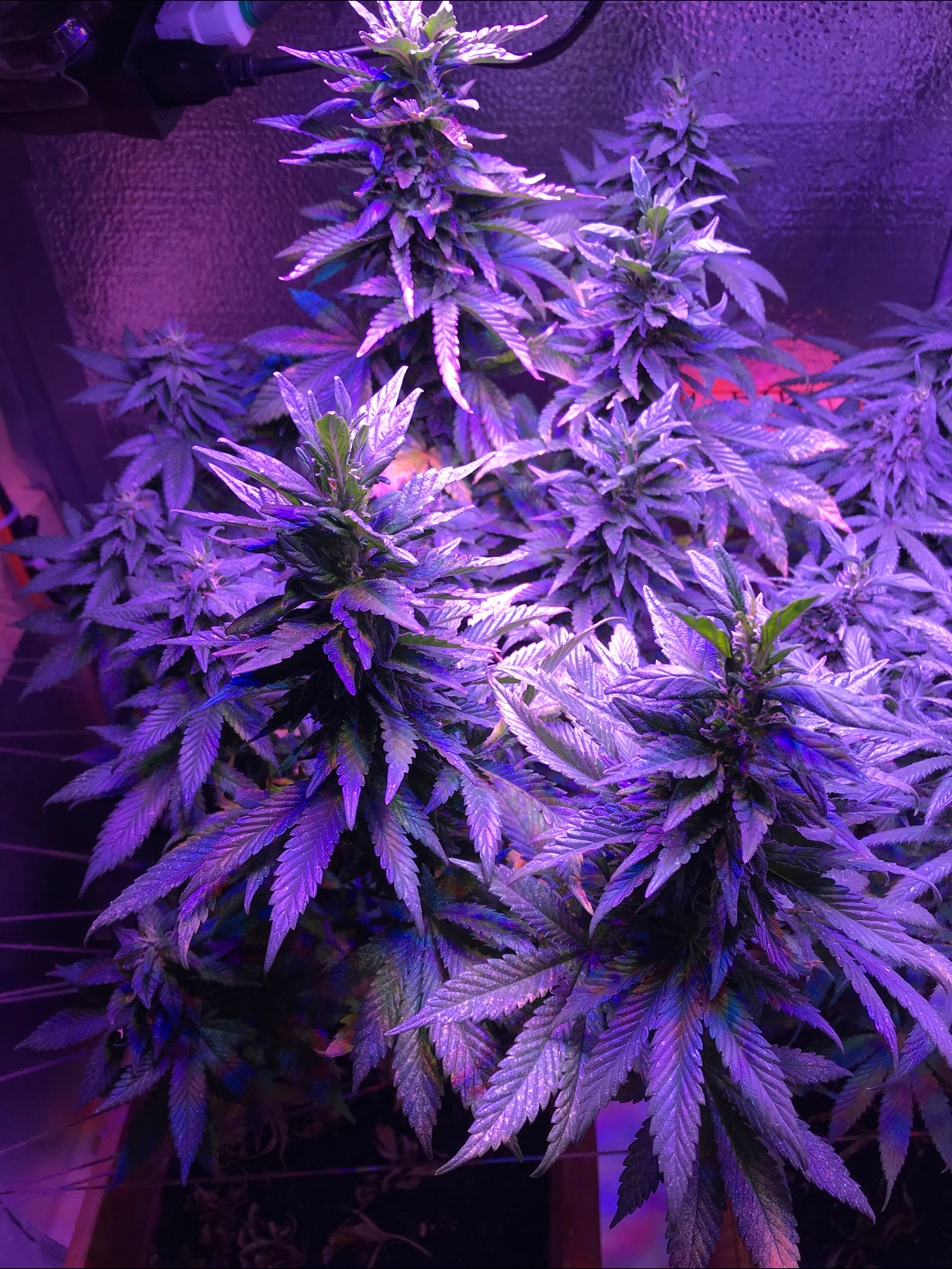 Still going. I’ve watered with molasses to help get condition the soil. I’m lowering the nutes I give her, getting ready to flush. Harvest should be somewhere around day 120, give or take, so a coupla more weeks to go.

Grow, baby, grow! Buds look smaller than most other strains I’ve grown, but are starting to stack up. I’m guessing this one will go a little longer than the other two.

Buds starting to stack up a bit now. Thinking this lady will take the longest to finish. We’ll see, I suppose. 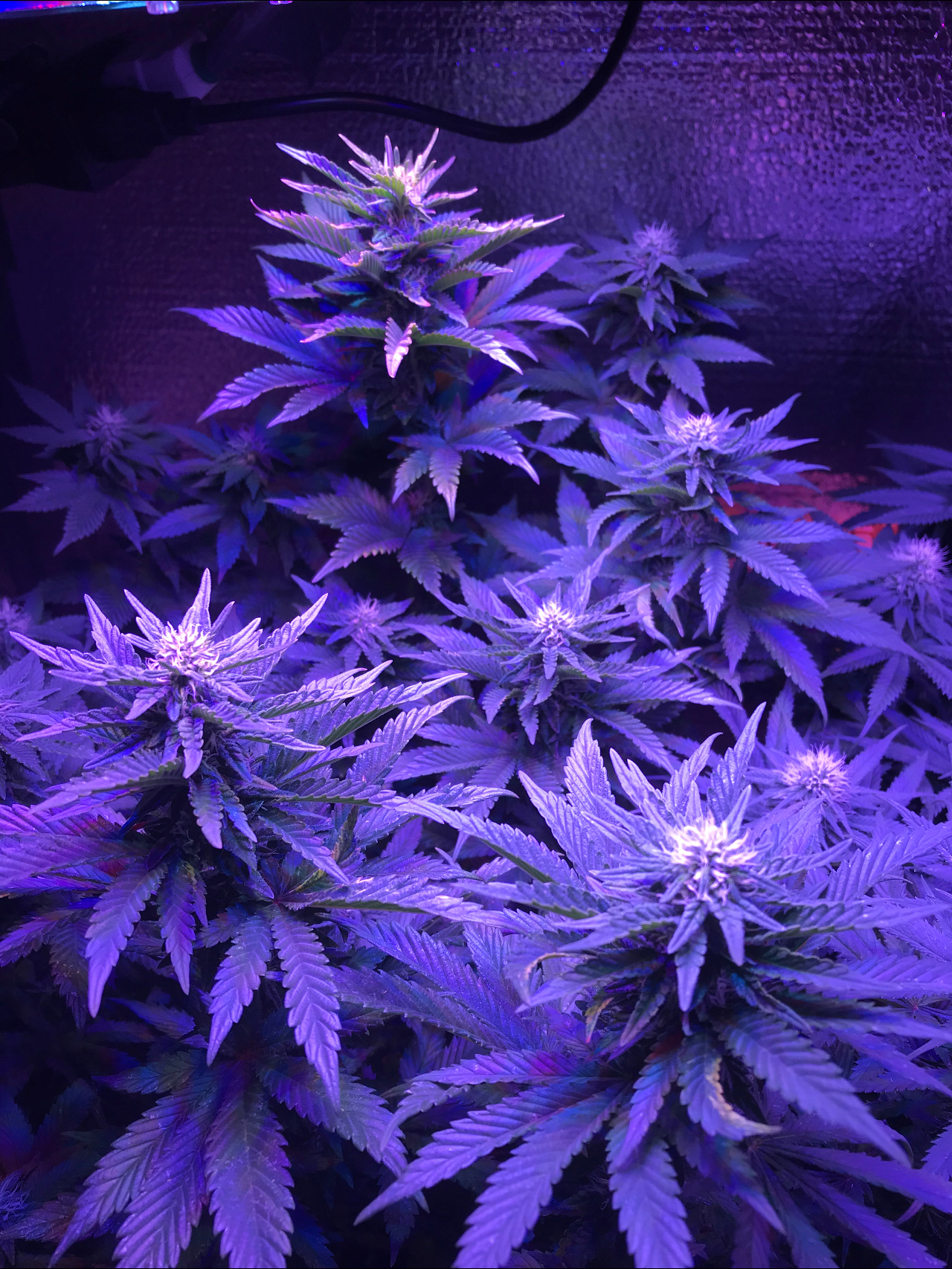 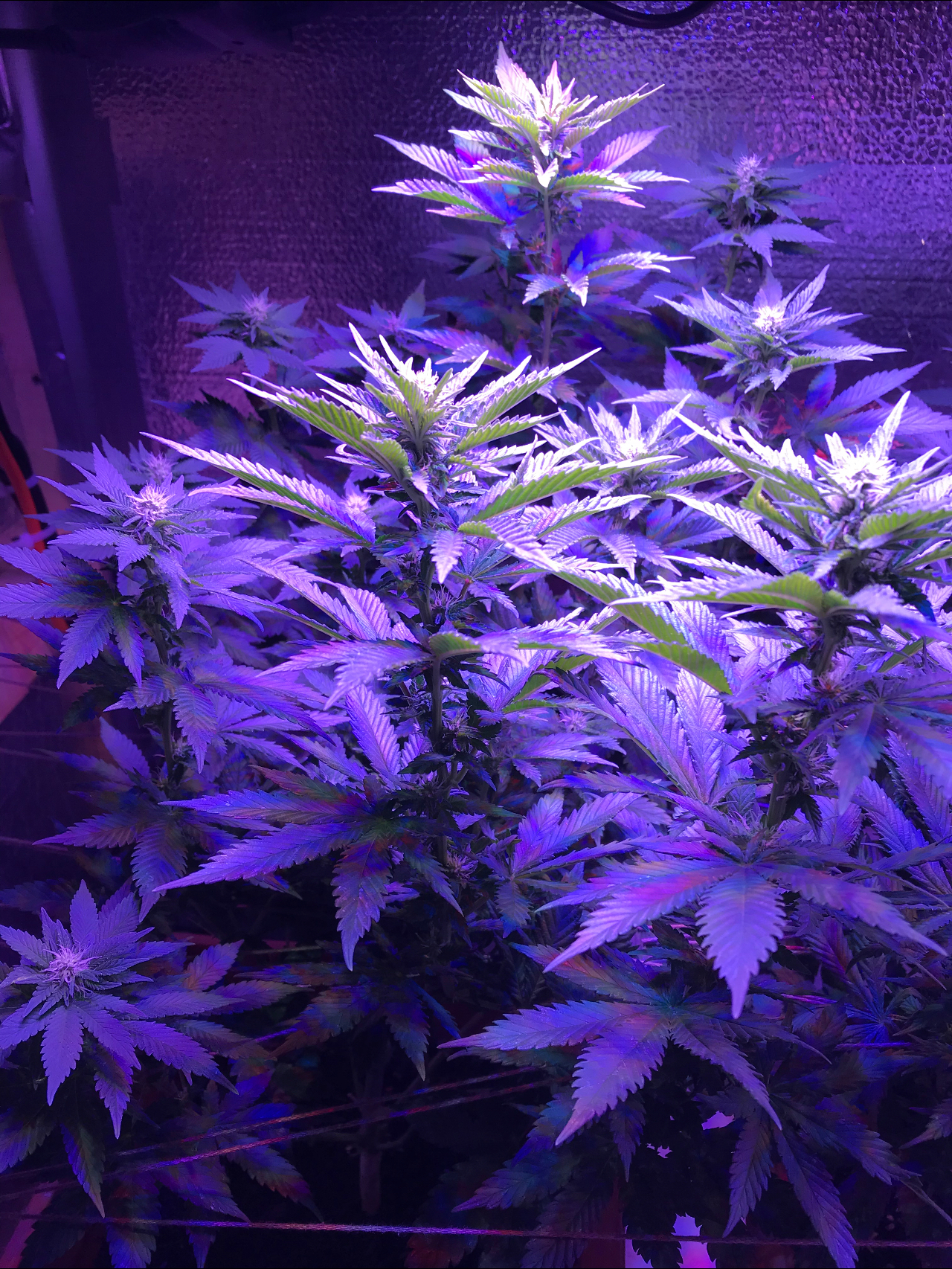 Moving right along. Giver some more monster bloom around week 3 of flower. 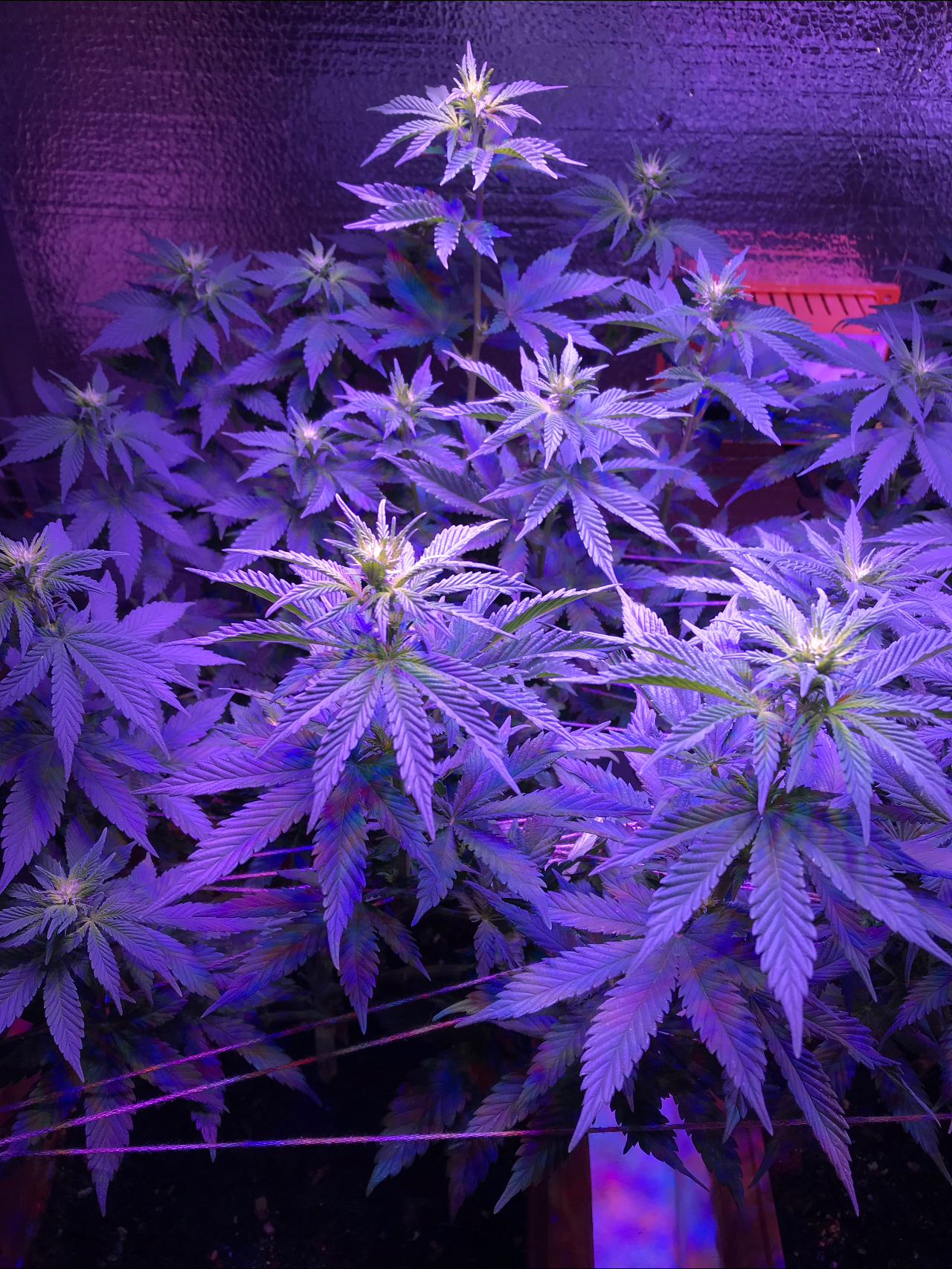 Stretching out nicely. Buds have started to form (used monster bloom last water) Lots of pistils, so definitely a lady. 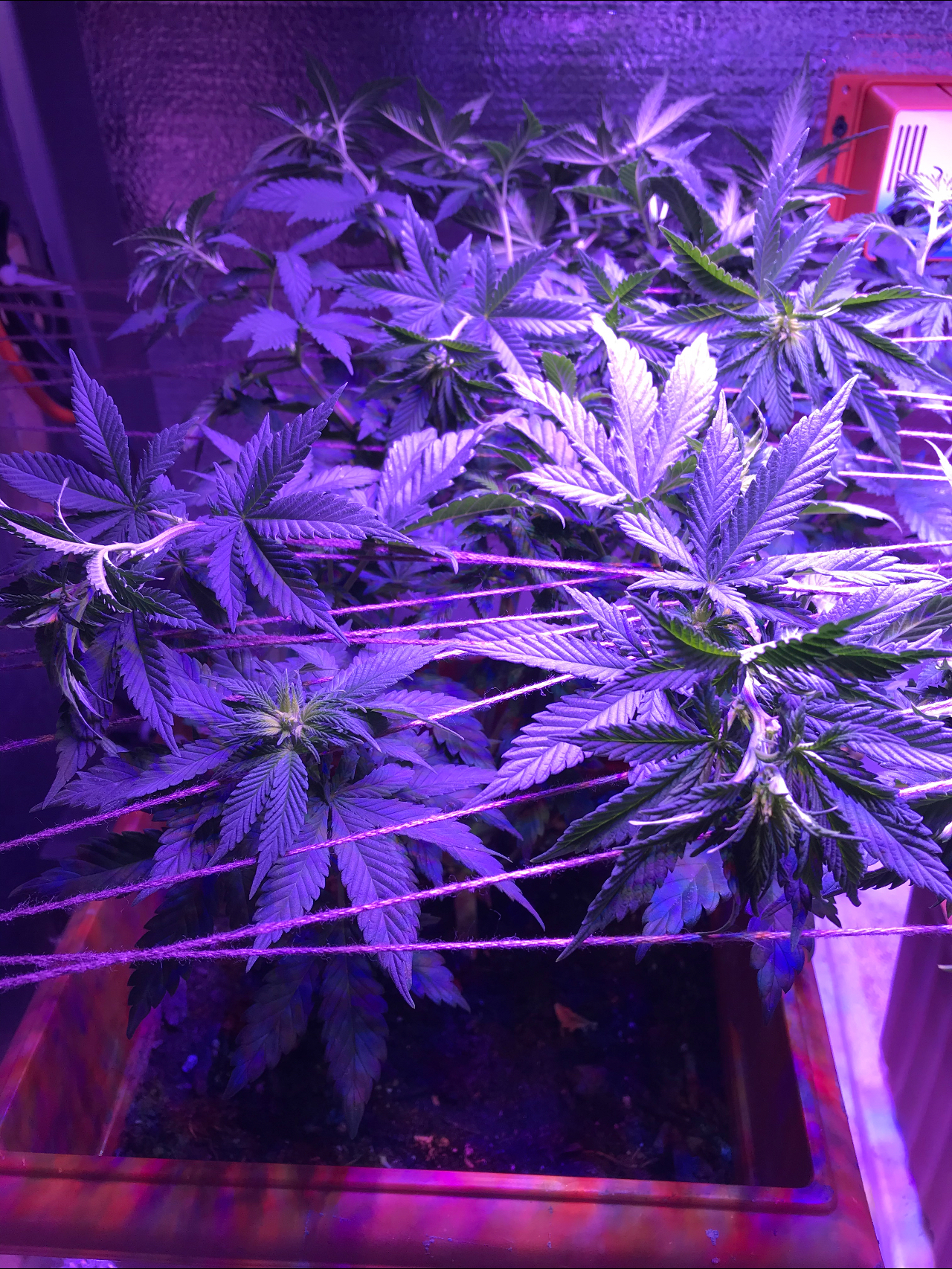 Three days into flower. Some of the tops seem a bit droopy. Hoping it’s from some needed water. Nice progress so far just the same. 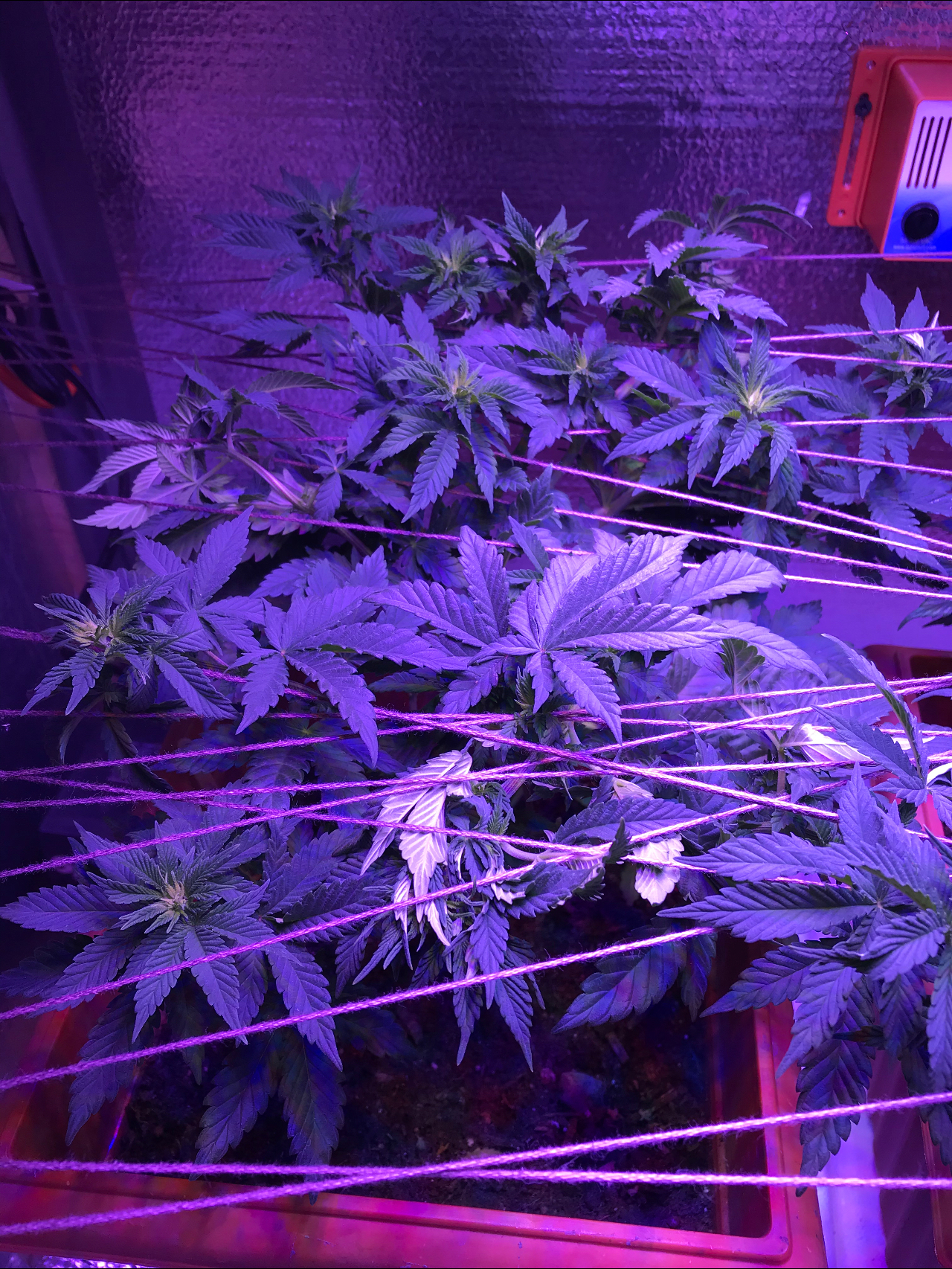 Sorry took so long, but I went to Disney. It was great, thanx. Screen was up around day 33. Slowly moving them tops around. Probably start flower in the next few days. 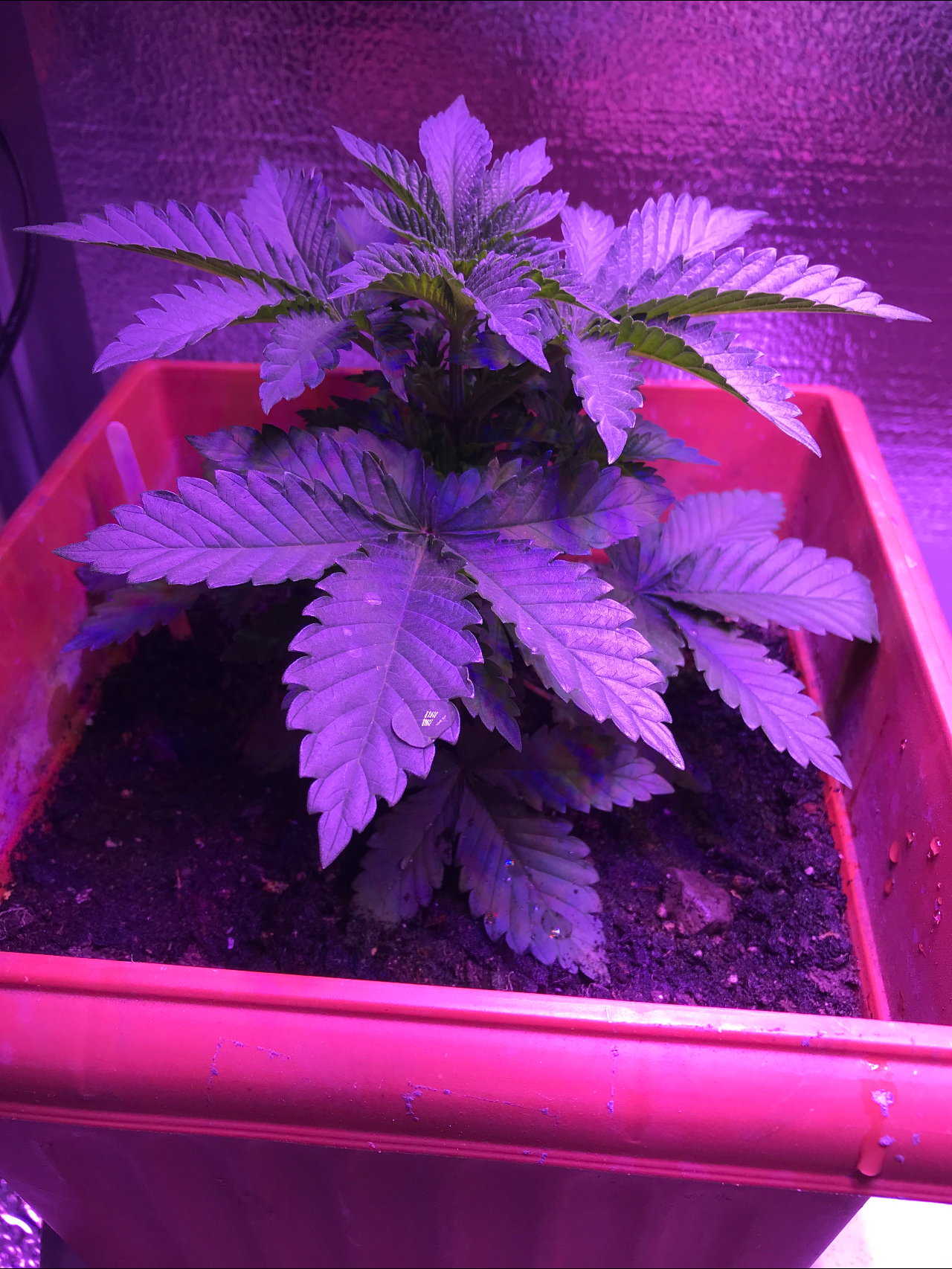 Growing nicely. Topped/fimmed her yesterday. I’ll let the side branches start growing out a bit, and set up my screen shortly. Let the lst begin. 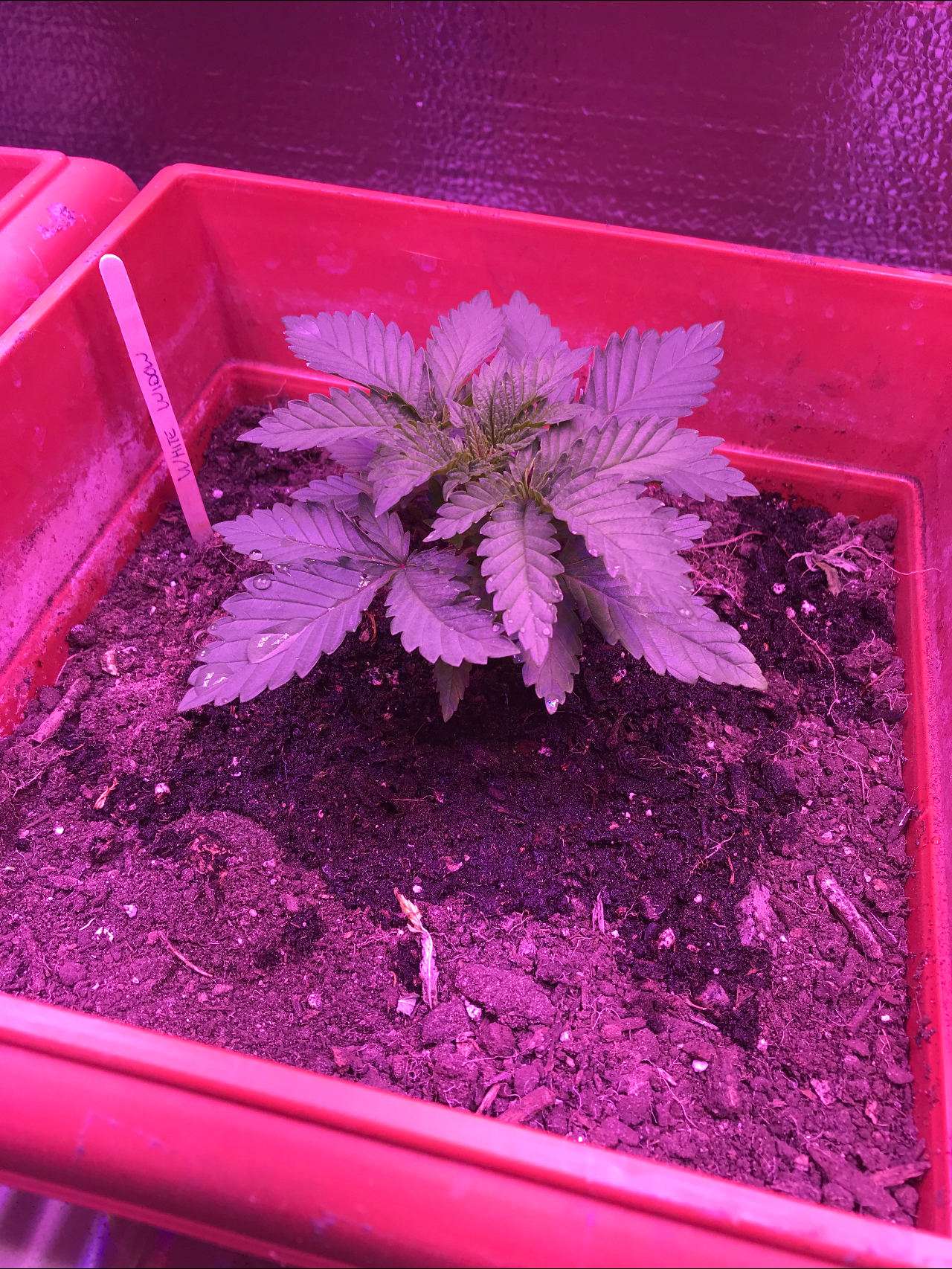 More growth, which is good really. Waiting for fifth node to fim or top. Scrog after. 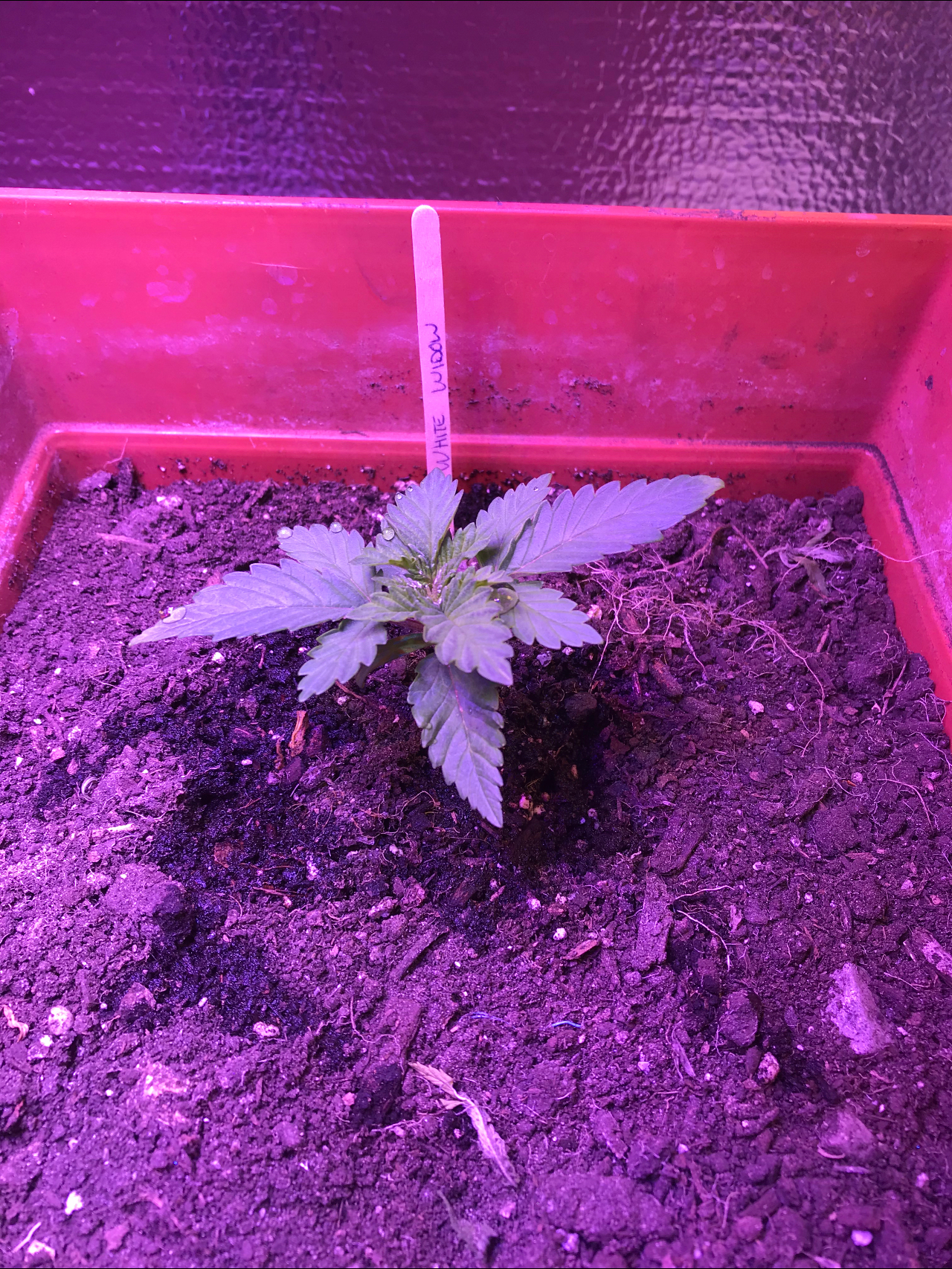 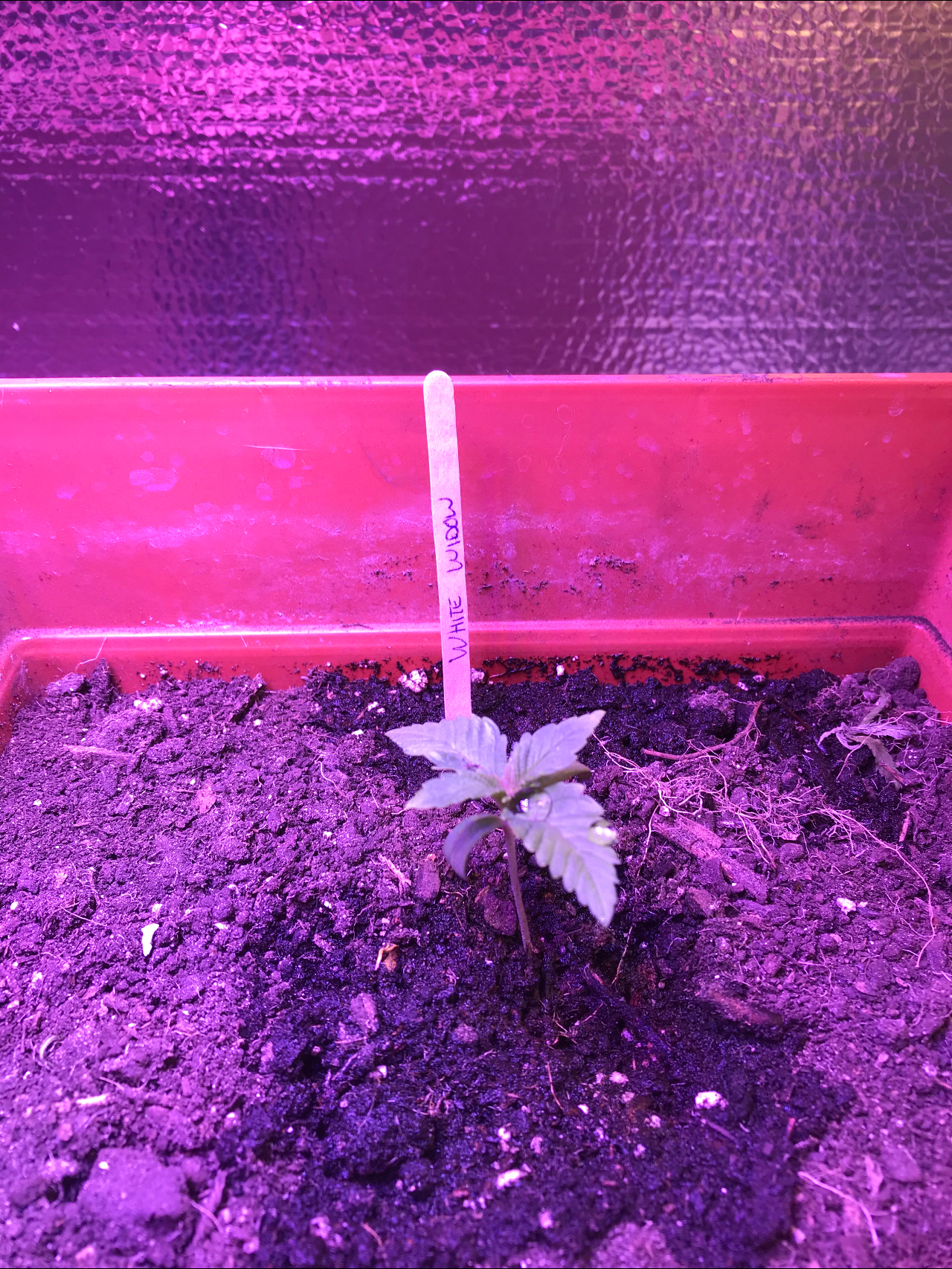 Transplanted and loved to grow tent. Doing much better. 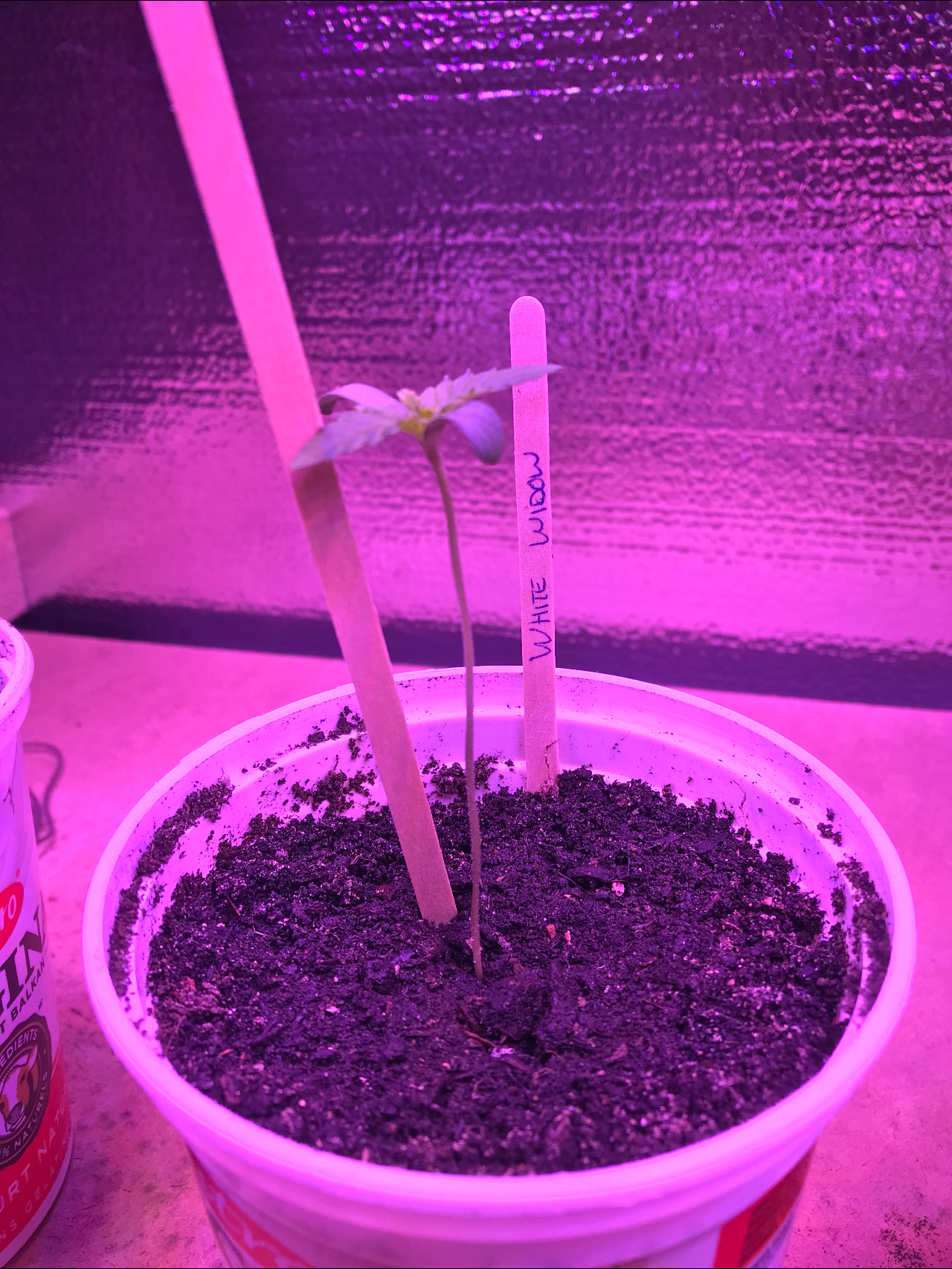 Slow and stretchy start to things. Should improve in the grow tent now. 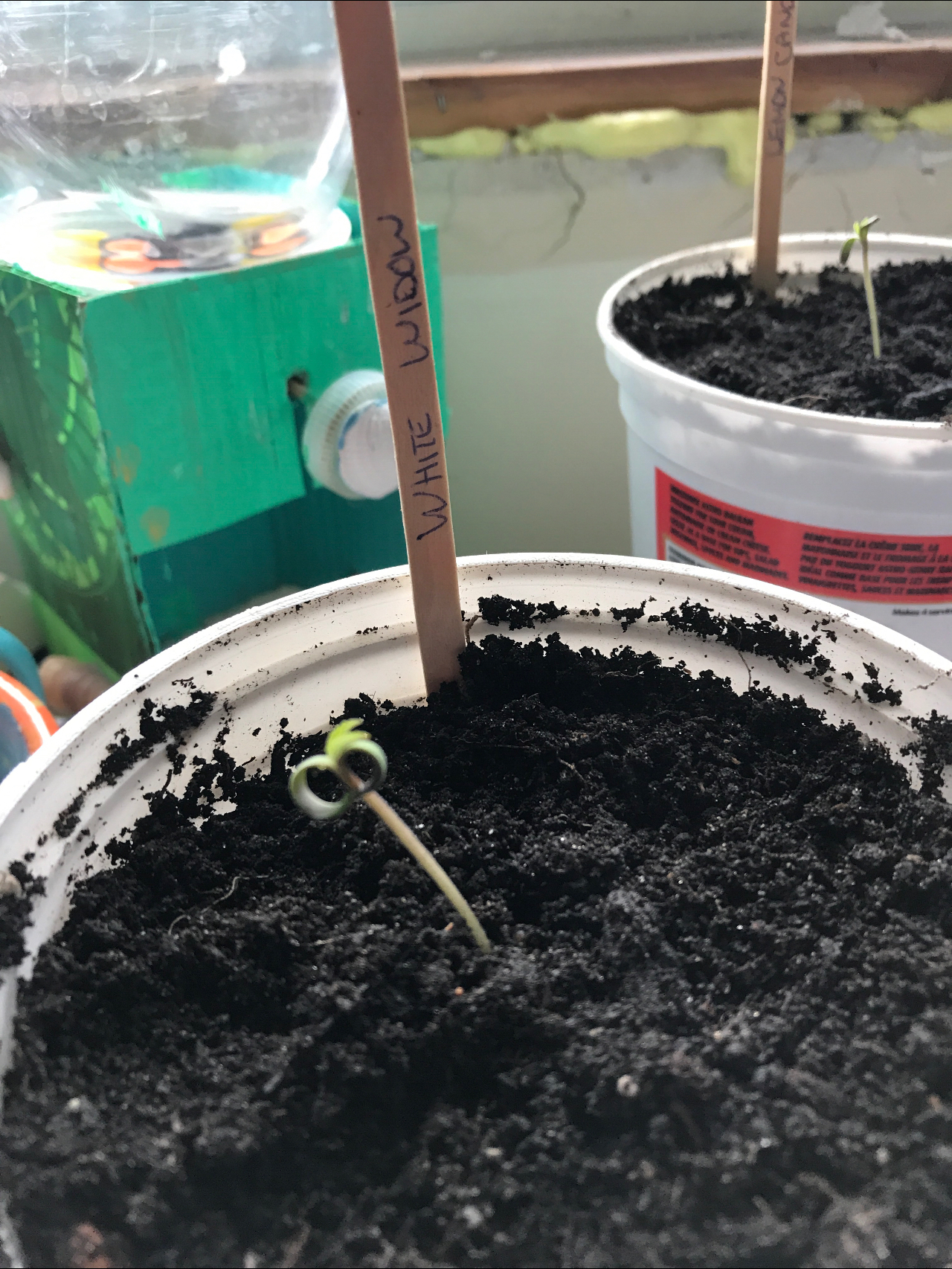 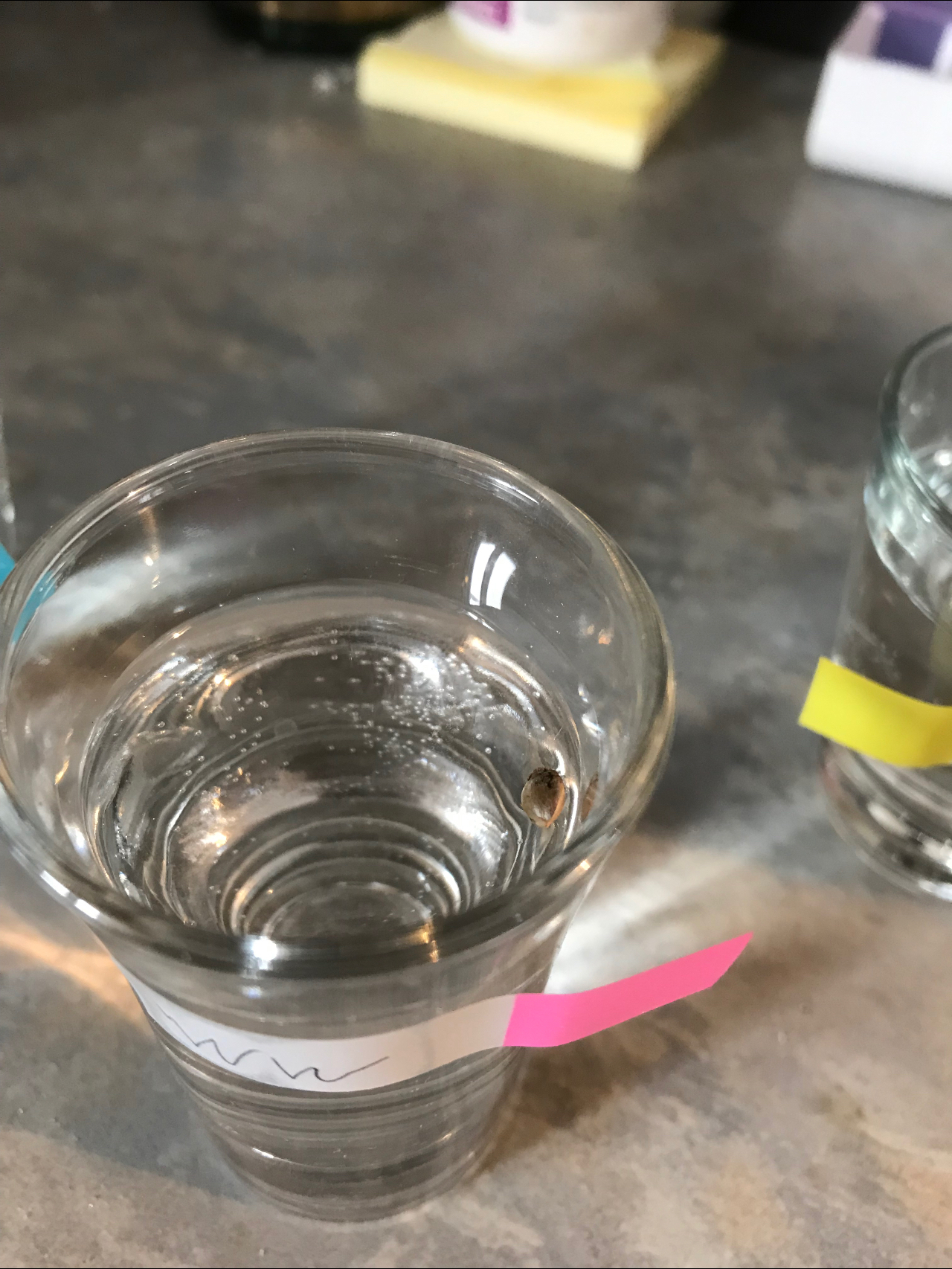